On March 22, a joint forum of trade unions, which includes the All India Trade Union Congress (AITUC) and 10 other trade unions held a meeting in Delhi to discuss the preparation for the two-day nationwide strike scheduled for March 28 and March 29, against the anti-people, anti-workers and anti-farmer policies of the Government.

In the initial statements, the trade unions stated that many employees from the banking, insurance, transportation, roadways and electricity sector would join hands and participate in the two-day strike announced by them. Strike notices were sent to all sectors such as coal, steel, oil, telecom, postal, income tax, copper, banks and insurance.

The demands of the trade unions include the scrapping of the labour codes, no privatisation of any form, scrapping of the National Monetisation Pipeline (NMP), increased allocation of wages under Mahatma Gandhi Rural Employment Guarantee Act (MNREGA) and regularisation of contract workers among others.

On Day 1 of the nationwide strike, ATMs and banks were shut in West Bengal. Apart from this, other essential services such as fuel, electricity and healthcare services remained unaffected in the state.

In Kerala, almost all government offices remained closed on day 1 of the nationwide strike. Looking at the situation on the first day of the strike, the Kerala High Court ordered the Left Democratic Front (LDF) government in Kerala to prohibit its state government employees from participating in the two-day nationwide strike organised by the central trade unions on Monday.

The orders were given by a bench comprising Chief Justice S. Manikumar and Justice Shaji P. Chaly. A public interest litigation (PIL) was filed by an advocate, Chandrachoodan Nair, which stated that the LDF is encouraging government employees to go on a strike by paying them salaries for the days they abstain from work.

The HC further said that the strike was illegal as per the rules of services of government employees. The court mentions in its orders that the government shall declare the dies-non (which means no work, no pay) on days of nationwide strike to mitigate the hardship and inconvenience that may be caused to the public.

On day 1 of the strike, public buses were seen off the roads. Various other financial institutions and banking services were affected.

Public-sector bank employees in Jharkhand did not report to duty and banking services in the State took a major hit. It was reported that employees of some 2000 branches were on dharna outside the gates of their respective branches.

In Tamil Nadu, state-run buses were off the roads supporting the national strike called by the trade unions. Employees from various public-sector banks except State bank of India and Indian Overseas Bank avoided reporting for duty impacting the banking services in the state. It was difficult for people to find other modes of public transportation buses were off the road. In Chennai, people thronged the suburban train stations, Metrorail and Mass Rapid Transit System (MRTS) train stations to reach their destinations. Though all department heads had been directed to not allow their subordinates to join the protest and not to give them leave on the proposed days of strike, there was little effect. Employees believed they had no choice but to raise their voice against the labour policies introduced by the Central government.

As the national strike moved into its second day, banking-sector employees in Punjab and Haryana also joined the protest. As a result, services in these sectors were paralysed.

It was also reported that workers in Sikkim and Arunachal Pradesh joined the protest into the second day of strike.

However, in states such as Rajasthan, Karnataka and Maharashtra, the impact of Bharat Bandh was not significant. In Rajasthan, only three out of nine public-sector bank employees joined the protest and in Maharashtra, only power sector employees showed their support to the Bandh. Other than that, there was no impact on normal public services in these states. In Karnataka as well, public services such as transport, banking and insurance did not see much impact. It was business as usual.

As per the trade unions, several public services were impacted by the Bharat Bandh. They claim that majorly eight states were heavily impacted and more than 20 crore workers and employees joined hands and supported the national strike. 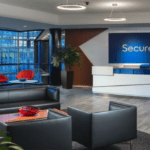