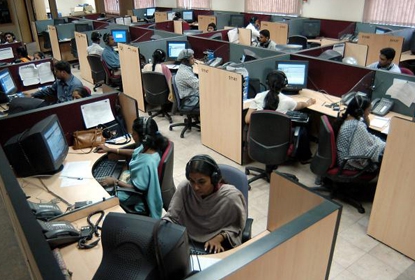 Low on cost, low on attrition and high on talent is taking jobs to smaller towns.

For the online recruitment industry, the next level of growth is coming from the smaller towns, which was a seemingly difficult proposition a decade or two ago. The fact that there are more job searches from smaller town also indicates that the talent resides here, and so the jobs are moving.

The Digital Classifieds in India 2020, a report released by Google and KPMG recently suggests that tier II and III cities, and smaller towns have witnessed significant growth of job seekers and educational institutions over the last few years. The report also mentions that there is a high growth of IT/BPO sector in non-metro cities such as Jaipur, Chandigarh, Vadodara, Coimbatore, Kochi and Trivandrum, requiring local talent.

Among the various other factors responsible for bringing more jobs to the smaller towns of the country, the most important is the ‘Make in India’ initiative, through which the government plans to improve the business environment, enable manufacturing and reduce regulatory complexities in key sectors to promote local businesses.

In addition, the government is also gearing up to develop skilled manpower and train over 40 crore people under the new National Policy for Skill Development by 2022.

In addition, with the government’s push to the manufacturing sector and skill development programmes to drive growth in these geographies, organisations will certainly look towards operating from these cities so as to save costs on talent and infrastructure.

Ravishankar B, executive vice president, HCL TalentCare shares, “With the expansion of the advanced education system to the non-metros, the availability of talent in these cities has increased tremendously. People are willing to take up a job that’s more local than move to distant metros. For beginners, in particular, having to move to the metros, raises the cost of living tremendously. In fact, HCL recently started operations in Madurai and Lucknow to tap the local talent from these states.”

Abhishek Jha, director-global human resources, e-Emphasys, says, “With the government’s conscious efforts in bringing quality infrastructure to these cities, the organisations that require relatively simple skills, such as operating a computer or backend operations, such as customer service, voice and data handling abilities — which can easily be groomed — will see great benefits in moving operations to the tier II or III cities.”

Since most engineering graduates hail from the tier II and III cities, the growing opportunities in the cities that they all can associate with, will only prove beneficial for both the employer and the employees. Also, in the tier II-III cities the low payroll costs vis-à-vis no change in the way the clients are billed, will add to the profit margins, which is a great pull for a lot of organisations to operate from these cities.

Ravishankar concurs, “Earlier the expansion was mostly limited to the metros but with the cost of customer spend remaining static and the wage cost increasing, organisations are also looking for ways to bring the average cost down.”

He explains that the average cost of talent goes down by 10–15 per cent in the non-metro cities, which certainly boosts the profit margins for organisations looking to operate from the smaller cities.

The low real-estate costs, developing infrastructural facilities and higher margins for the same kind of work are some of the key factors that will boost employment opportunities in the smaller towns. In addition, Jha shares that the attrition level in smaller cities is relatively low compared to the metros.

“The current level of attrition in the BPOs stands at 50–70 per cent, which implies that every one and a half year organisations get a completely new set of staff. However, in smaller cities, the problem of attrition is not as big as in the metros, where it could be 15–20 per cent,” Jha says.

Ravishankar adds, “With the rapid growth of IT, the industry needs local talent and since the talent is also now more open to working in non-metros, it’s a win-win for both. It’s still an evolutionary process though, as most of the middle- and top-level managerial talent is still aggregated in the metros. For generic IT services, metros will no more remain as attractive as the expansion will primarily happen outside the metros.”

The growing geographical spread of employers and candidates, and the lack of infrastructure in non-metro centres call for technological enhancement.