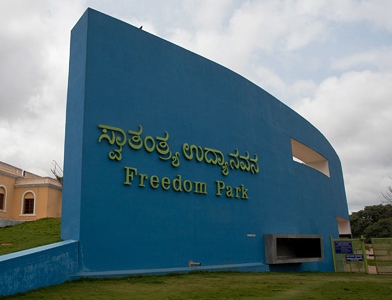 A demonstration was organised last Saturday in Bengaluru’s Freedom Park, in protest of the IT companies and the State government for mass sackings. The demonstration saw the participation of hundreds of employees working in IT companies as well as those who recently lost their jobs.

A demonstration was organised last Saturday in Bengaluru’s Freedom Park, in protest of the IT companies and the State government for mass sackings. The demonstration saw the participation of hundreds of employees working in IT companies as well as those who recently lost their jobs.

The protest is being led by the IT Employees’ Union, whose president is Kumara Swamy AC. The Union has submitted a memorandum to the Karnataka IT Minister, Priyank Kharge and Labour Minister Santhosh Lad, asking them to stop these mass layoffs and protect the employees working in these firms.

The employees’ union said that thousands of professionals working in the IT sector have lost their jobs and around 6,000 more will be terminated soon. The Union urged the government to stop forced resignations and illegal and unilateral termination; strictly enforce labour laws in IT and ITES; stop unfair labour practices; and appoint grievance redressal committees.

One of the issues, presenting a roadblock in this process is that IT companies in Karnataka do not come under the regulation of the Industrial Disputes Act. This means the employees in these companies are not recognised as workmen by the Industrial Disputes Act, and so, they can’t form unions. This has rendered them helpless as they cannot seek others’ assistance. While these IT firms are laying off a large number of employees, they are making them as resigned.

The employees in these firms work under perpetual fear of being asked to resign by their HR managers, for no reason. The companies are creating new policies, where employees are being asked to submit their resignations depending upon certain experience criteria and ability to adopt to new technology, such as Artificial Intelligence and big data.

The fear of mass layoffs is creating depression in the employees, which is leading to suicidal tendencies among them.

About 1.25 billion livelihoods at risk from the pandemic: Study