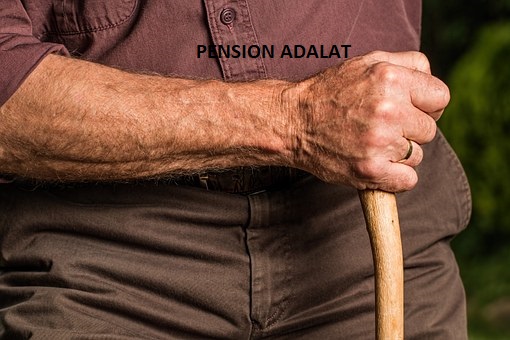 Government has launched ‘Pension Adalat’ to ensure that pension-related issues are addressed and sorted without delay and on-the-spot. This will benefit over 50 lakh pensioners or retired government employees. Every year, around 40,000 people retire from Central-Government civil establishments. If Defense, Railways, Posts and Telecom are added, the number will cross over 100,000.

The Pension Adalats will act as a platform, where the aggrieved pensioners, the concerned departments, as well as the representatives of banks or CGHS are all brought together to settle issues across the table, in keeping with the rules.

The move is aimed at making life convenient for pensioners, and is also a step forward in the direction of a hassle-free administrative system for resolution of grievances.

The Union Minister of State (Independent Charge) Development of North-Eastern Region (DoNER), MoS PMO, Personnel, Public Grievances & Pensions, Atomic Energy and Space, Jitendra Singh, said, “With the number of retirees increasing in the country’s population, it is time to channelise their energies in a positive manner. This will ensure that they make a smooth transition from active life to retired life. He also said that pensioners need to re-orient themselves to make a fresh start.

The aim is to provide a life of dignity to the pensioners after retirement.

Singh also presented the ‘Anubhav’ awards 2018 to six pensioners for their contribution towards the Anubhav portal, that creates an institutional memory for successive generations of employees of the various Central Government departments.

Till date, over 5000 contributions have been made by staff from 91 departments. The portal allows retiring staff to share their experiences during their tenure, which act as references to help enhance the working of various departments.

Singh also launched a booklet — An era of Sustained Reforms for Central Government Pensioners — which explains the steps taken to make the grievance portal user friendly and strong.

The grievance portal for the Central Government pensioners called CPENGRAMS, will use technology to not only save huge resources but also the precious time of pensioners.

Talking about the various reforms introduced by the Government, Singh mentioned that one of the primary steps taken was to fix the minimum pension at Rs 1,000. Other initiatives include Bhavishya, Sankalp, Jeevan Praman-digital life certificates, scrapping of obsolete laws and self-attestation. A mechanism has also been put in place to provide pensioners with PPO on the day of retirement.

Pre-retirement counselling (PRC) was also offered to 600 Central-Government employees who are about to retire in the next six months. A sizeable number of these participants belonged to the Central Armed Police Forces. The PRC workshop is aimed at creating awareness about post-retirement entitlements as well as educating them on advance planning for retirement, including medical facilities and participation in voluntary activities after retirement.