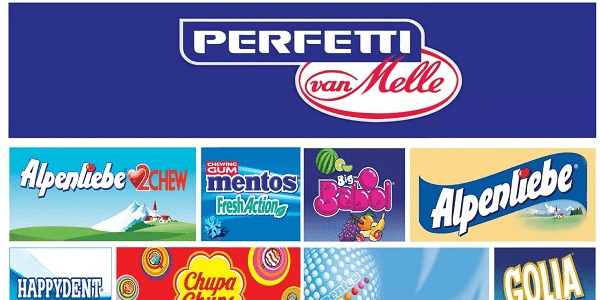 While the plants of Perfetti Van Melle India are currently operational, the production for a few of its products has been put on hold. The confectionery major got its first break to resume operations on March 30, at its Rudrapur plant, barely a week after a nationwide lockdown was imposed across the country. A month later, around May 7, it got permission to resume work at the other two plants, in Manesar and Chennai as well. However, production for some of the more people-intensive products of the Company, such as the compressed mints and jelly sections, has not begun yet.

Initially, work had begun at the Rudrapur plant with 15 to 20 per cent capacity and currently it stands at 90 per cent. For the plants at Manesar and Chennai the operational capacities stand at 75 and 70 per cent respectively. On the delivery side, the organisation is working at 70 per cent capacity overall.

Before beginning work, the management at Perfetti took care of all the routine healthcare requirements at the plants, such as setting up social distancing norms, staggered cafeteria timings, sanitisation of the washrooms, cafeterias and walkways and increasing the number of buses to abide by the safety protocols. The number of buses have increased three times in a few places and so have the number of transportation shifts in a day.

According to Ritu Kochhar, head of HR at Perfetti Van Melle India, functioning under social distancing is not the best way to be productive. “Employees within the plant are now working at a distance from one another and adjacent lines cannot begin work simultaneously,” says Kochhar.

Under normal circumstances, production lines run simultaneously. However, because of social distancing norms, lines are running in bi-weekly shifts at a distance from one another.  The lack of available employees is the reason why the compressed mints and jelly production lines have not been able to resume production.

It is not just leaders we are recognising through the HERO campaign, but anybody who has performed above and beyond. Behaviours that we call out as HERO are what we need from our employees at this point in time

Perfetti Van Melle has a total strength of more than 6000 employees, of which around 4000 are working under third-party contracts and the remaining 2000 plus are directly employed by the brand including those working in the corporate offices. Perfetti has four regional sales offices in Mumbai, Bangalore, Gurgaon and Calcutta, three factories and one head office in Gurgaon.

In terms of the supply chain, the western region has taken a major hit as the movement of goods is still restricted. Kochhar mentions that the Company had the time to scale up production and build up stock before the lockdown hit the country, by learning from its European counterpart where the lockdown had hit much earlier.

In sales as well, employees began work around the end of April as per zonal relaxations on movement. While initially sales employees were taking orders on call, currently around 65 per cent of the sales force is on the ground working, barring those operating in the western region.

To keep the employees engaged while working from home, Perfetti has created cross-functional teams in charge of engagement activities across its office locations, such as the Gurgaon team, which is called the Bureau of Serious Fun. Activities include connecting employees and their families together to organise virtual games, such as Tambola, activities for the kids, talent shows for the whole family and an interesting event called Chef of the Month, where employees are encouraged to create their own recipes using any Perfetti product and become part of a recipe book, which is in the pipeline.

COVID-19 has changed the expectations from employees at the workplace, and as a result, rewards and recognition have changed as well. To help spread understanding among the employees as to what is expected of them and create that readiness for work, Perfetti is running a campaign called the HERO campaign. Here, H stands for ‘hunger for result’, E for ‘entrepreneurial spirit’, R for ‘raise the bar’ and O for ‘out-of-box thinking’. Under this campaign, the Company is going forward by rewarding all employees and teams who display the above qualities and do expectational work. This includes personnel working at the plants, whether it be the employees on the production lines, the security guard or the housekeeping staff and those working from home.

HERO behaviour can include going beyond one’s functional roles to help out a colleague or trying to find creative solutions to get the job done even amidst restrictions.

In order to reward those for exceptional performance, the management has found a creative way to recognise their efforts. The work performed by the employees along with a small note of appreciation is printed on the product packaging, which is shipped out for delivery along with a virtual copy being sent out for the concerned employees themselves. In addition, employees can choose to recognizse their colleagues for any work they deem worthy, by filling up a form and sharing it online.

“It is not just leaders we are recognising through the HERO campaign, but anybody who has performed above and beyond. Behaviours that we call out as HERO are what we need from our employees at this point in time,” says Kochhar.

Speaking about going back to office, Kochhar mentions that they are putting out surveys to gauge the readiness of the employees and get an idea of the condition they are in, along with what they need to go back to office. “We shall probably start with 10-15 per cent in shifts for two to three days in a week, beginning with those employees whose roles demands physical presence in the office,” opines Kochhar. However, she adds that it is highly probable that not more than 40-50 per cent of the workforce will be in office at a time, at least till the next quarter is over.