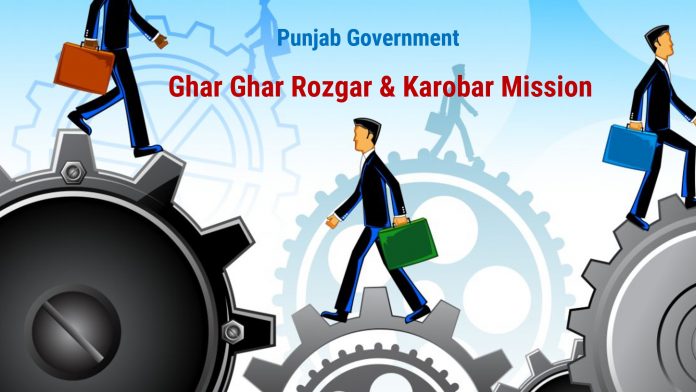 The Government is focussed on ensuring that the youth become employable and stop leaving the country in search of jobs.

India is a country with a large population but not enough jobs for its people. The number of jobs in the country is much less than required. This has resulted in a substantial part of the Indian population remaining unemployed. China also has a large population but it has enough jobs for its people, supported by its manufacturing industry. In India, the manufacturing industry has lagged, despite various measures by the Government to improve its operation and create jobs.

In the past few years, the Central Government has taken many steps to create jobs. It has initiated various skilling and startup programmes to generate more employment. The state governments are also introducing various programmes to create more jobs and to skill the youth.

The Punjab Government has introduced the Ghar Ghar Rozgar and the Karobar Mission with the aim of creating 2.36 lakh jobs in the state. The State Government has entered into an MoU with various industry bodies and employers to achieve this target.

The Government plans to create more jobs for the youth in Punjab by extending support to the existing and new companies in the State. The companies operating in the state are being invited to work together for the development of Punjab.

Commenting on the new programme, Manpreet Singh Badal, who is the State Finance Minister said that “We will not let the youth of our State shift to foreign countries in search of employment. The Captain Amarinder Singh-led Punjab Government is fully committed to providing jobs to the youth in every household, as per their skill”.

The Punjab Government is focussed on developing the State’s human resources.  It will open a university for vocational education where the youth will be trained in relevant skills, so that they become employable.