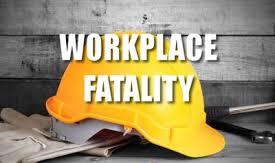 Prime Minister Lee Hsien Loong announced that the country is targeting a 50 per cent reduction in workplace fatality rate, to under 1.0, in a decade.

At the recently-held opening of the World Congress on Safety & Health at Work at the Sands Expo and Convention Centre in Singapore on Sunday, Prime Minister Lee Hsien Loong announced that the country has set a new target— to cut its workplace fatality rate by about half, to under 1.0, before 2028. Singapore is already on track to reaching its target of 1.8 workplace deaths per 100,000 workers by next year.

Loong also mentioned that other countries have made the same journey and succeeded, noting that Finland had halved its rate from 1.8 to 0.9 in 11 years, between 2002 and 2013. Last year, Singapore’s workplace fatality rate was 1.9 per 100,000 workers, and though it is on track to meeting its previous target set in 2008, PM Loong acknowledged this was still not the best that can be achieved.

Noting that Organisation for Economic Cooperation and Development countries, such as the United Kingdom (0.8), Sweden (0.7) and the Netherlands (0.5) have rates below 1.0, the Prime Minister also added that Singapore can achieve its new target by having employers, workers and the Government keeping at its work.

For firms, ensuring a safe and healthy workplace is ‘sound business policy’. He advised employers to take good care of their employees, make sure that they’re well-rested and train them well in safety procedures, so that they are more productive. He also said that good companies will set issues right quickly and ensure they do not recur.

Workers too can contribute by raising the alarm when they spot potential work hazards or by being more aware and attending courses on workplace safety and health.

While the Government will take the lead by putting in place rules and incentives to urge firms to emphasise a safe and healthy workplace, Loong said imposing more regulations alone will not solve the problem.

In 2004, Singapore’s workplace fatality rate was 5 per 100,000 workers. To enhance workplace safety and health comprehensively, the Government took steps including rolling out a new Workplace Safety and Health Act in 2006.

The Government will work with sectors with higher accident rates, such as construction, marine and logistics, and continue pushing efforts in other industries to build an ‘economy-wide’ safety and health culture.

On the other hand, in India, although the government does not keep centralised records on construction workers, death and injury from accidents in the Indian building sector are widespread. It has also been noted by labour experts that India lags behind in terms of workplace security.

As per a 2001, International Labour Organisation (ILO) data, India had a workplace fatality rate of 9.97, while the ILO estimates that globally 2.8 million workers die from work-related injuries and diseases yearly, and close to a million people are injured every day. It also projects that around four per cent of the world’s annual gross domestic product is lost as a consequence of work-related injuries and diseases.