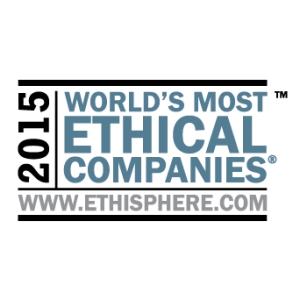 Wipro has been on the list consistently since 2012. Tata Steel has also won for the fifth time but not in a row, as it was not part of the list in 2014.

Three Indian companies — Tata Steel, Tata Power and Wipro — have made it to the list of the world’s top ethical companies, once again. These three companies share the space with 131 other organisations including PepsiCo, Ford and LinkedIn from across 21 countries.

Wipro has been on the list consistently since 2012. Tata Steel has also won for the fifth time but not in a row, as it was not part of the list in 2014.

The list of the world’s most ethical companies was first instituted in 2007 and two Indian corporates — Hindustan Unilever and Tata Steel had found themselves on it.

During 2008–10, no Indian corporate could make it to this list. However, in 2012, HDFC was featured as the only Indian company in the list.

Out of the 131 countries selected this year, surprisingly 99 are from the US. However, it doesn’t imply that the world’s most ethical companies are based out of the US.

Since Ethisphere’s launch in 2007, the world has undergone dramatic expansion in terms of political and regulatory complexity. There has been a perceived and real ‘shrinking’ across markets. Companies and their executives are taking the leadership role around standards of behaviour. Issues, such as corporate citizenship, transparency, diversity, governance, and measurable values-based-leadership have come to form the foundation of the sustainable enterprise.

Companies will be increasingly rewarded financially for their efforts to attract and retain the best employees, and to operate with integrity and clarity of purpose. Ethisphere will continue to focus on creating the standards that correlate business integrity with performance.

After winning this accolade, Indra Nooyi, Chairman and CEO, PepsiCo says, “PepsiCo’s longstanding commitment to transparency, engagement and the highest ethical conduct has always propelled our business forward. These qualities are embodied by Performance with Purpose—our belief that profitable companies of the 21st century will be those that align the needs of their business with the needs of the world around them.”

“This honour reflects the hard work of men and women across PepsiCo whose integrity enables our success, and I want to thank Ethisphere once again, for recognising their achievements,” she adds.

Ethisphere recognises companies that not only promote ethical business standards and practices internally, but also exceed legal compliance minimums and shape future industry standards by introducing best practices. It rates the companies on the basis of their EQ (Ethical Quotient).

For the uninitiated, the EQ score is derived through a proprietary matrix of relationships between answers to given questions and a set of complex formulas based on demographic qualifiers.

The framework of EQ comprises a series of multiple-choice questions that capture a company’s performance in an objective, consistent and standardised manner. The information collected is not intended to cover all aspects of corporate governance, risk, sustainability, social responsibility, compliance or ethics. Rather, it is a comprehensive sampling of definitive criteria of core competencies.

The EQ framework and methodology has been determined, vetted and refined by expert advice and insights gleaned from Ethisphere’s network of thought leaders and from the World’s Most Ethical Companies Methodology Advisory Panel.

The EQ framework consists of five core categories, of which the weightage for the ethics and compliance programme is 35 per cent, while CSR, culture of ethics, governance and leadership, and innovation and reputation have 20 per cent, 20 per cent, 15 per cent and 10 per cent weightage, respectively.

The body reviews documentation submitted by the participant companies, conducts additional research and requests extra information and documentation from the companies.

They also perform reputational and legal reviews to determine any outstanding or historical issues.

External data sources, such as SEC filings, the RepRisk Index, Glassdoor, and global news outlets, among other sources are also consulted.

Compliance or ethics issues will be reflected in a company’s leadership, innovation and reputation scores. Seriously deficient scores in these categories will prevent a company from being selected as a 2016 World’s Most Ethical Company.

EQ scores are often adjusted on the basis of the documentation review and independent research. Each candidate then receives a ‘validated’ score that may be higher or lower than the initial ‘self-reported’ score. If verification of certain aspects of self-reported performance does not take place, the resulting scores may be discounted.