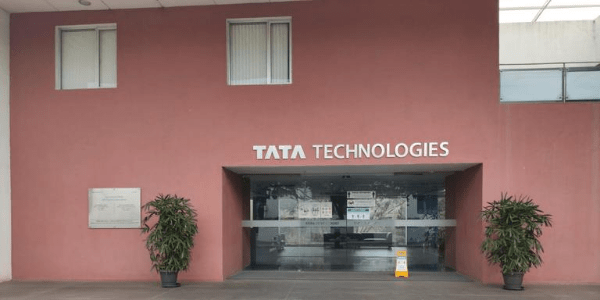 Engineering services company, Tata Technologies, had recently benched nearly 400 of its employees until December 31, due to business constraints brought on by the pandemic. These employees will continue to be on the rolls of the Company and be covered under medical insurance until the stipulated time. To ensure that they continue to earn, the firm has allowed them to work for other companies in the time being.

“We have encouraged those on the bench to pick up any job they can find, as long as client confidentiality is not compromised, so that there is flow of cash. Non-compete has been waived off till December this year,” says Anupal Banerjee, CHRO, Tata Technologies.

The business has gone through a rough patch of late. Due to the impact on the automotive and aerospace industries, the Company saw a drop in revenues of around 30 per cent in the last quarter. However, since the enterprise and engineering-application services are largely digital in nature, the majority of the business was intact and workers continued to be employed in active projects, according to Banerjee, CHRO, Tata Technologies.

Due to the impact on business, the bench size increased to nearly four times and peaked in the month of May. All benched employees were asked to go on paid leave, followed by unpaid leave while continuing to be on the Company payroll. With such a large number of benched employees, it was tough to keep them engaged. To make the goal viable, the entire HR function within the Company, consisting of close to 100 individuals, was broken into “tribes”, as Banerjee calls them, of 20 people each, irrespective of functional differences such as rewards, learning or payroll. Banerjee says that these tribes then took on the responsibility of engaging with those on the bench, with each tribe taking charge of a small chunk of the larger whole. Engagement in this situation included regular conversations with these employees around what to expect in the future and how to best make use of this period.

“We have encouraged those on the bench to pick up any job they can find, as long as client confidentiality is not compromised, so that there is flow of cash. Non-compete has been waived off till December this year.”

Since then, things have begun to shape up. Banerjee says that the goal is to bring back employees from the bench before moving to external hiring. “We are positive demand will return, as we are already seeing projects coming in. I believe the numbers will be far less in the next couple of quarters,” he adds. Currently, around 41 per cent of the benched employees have been brought back to work on active projects.

For any employee to see their colleagues being furloughed or let go can be tough. Typically, in such cases, the survivors can experience a mix of emotions starting with relief, moving on to guilt, and ending with a frantic job search to assure themselves of being in control. At Tata Tech, to help the remaining employees through this phase and enable them to stay relevant, the firm has taken a learning route for the survivors.

The Company has redesigned its skill matrix to chart out the niche, in-demand and relevant skills for their employees and also outline the sunset skills, which are no longer an option to invest in. “Therefore, skills, such as automotive embedded systems, connected vehicle services and infotainment and electronics, and full-vehicle development are some of the areas which will continue to be of relevance in the times to come,” claims Banerjee. He mentions that as the technological shift in the automotive sector has been accelerated by this pandemic, there is a dire need to update oneself in the relevant skills of today. “Employees have also realised this and taken the decision to upskill and reskill themselves actively during this time,” shares Banerjee.

Tata Technologies employs around 9000 employees globally, out of which close to 6500 are in India. Apart from around 400 employees in the corporate functions, close to 2000 employees are in the sales and marketing team. Currently, 95 per cent of the entire workforce is working from home, while the remaining five per cent in the critical functions are commuting to office.

The organisation has continued to pay regular salaries to all employees, including variable payouts from last year. However, all promotions and increments have been deferred for the moment. Usually, the Company goes through its appraisal cycle in the months of April, May and June. However, this time, it delayed the process and is running the appraisal process now. As many of the employees had gone back home, the Company was unable to get in touch with them. However, things are moving forward now and Tata Technologies plans to complete its appraisals by September. “We wanted to continue the appraisal process despite everything because we believe all employees, especially the top performers, deserve to know that they have performed well,” concludes Banerjee.