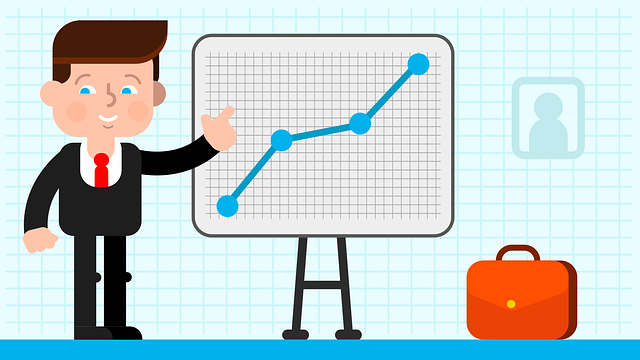 The biannual report by Temlease reveals that media & entertainment will create 46,300 new jobs in H2 FY18-19. Next in line is financial services will add another 44,650 new jobs followed by the power & energy sector which will add 33,100 new jobs.

Of the cities surveyed, Mumbai will contribute the maximum towards the number of jobs (1.66 lakh) followed by Delhi (1.55 lakh), Bangalore (1.52 lakh) and Hyderabad (96,000). Out of the 14 cities surveyed, the outlook has improved in four cities and fallen in four.

Rituparna Chakraborty, co-founder & executive vice president, TeamLease Services, says, “Tier 3 cities have also shown improvement in the employment outlook. This is a testament that new avenues and job markets are opening up across India and therefore many opportunities will follow in the next half year. “

This report offers an overview of the hiring and job growth trends for the period October 2018 – March 2019. It also forecasts a reduction of three per cent in the net employment outlook to 92 per cent, from October 2018 – March 2019, as compared to 95 per cent for the preceding half-year, April – September 2018. Despite the continued and significant growth in GDP, the job market for the forthcoming half year is expected to witness a slight drop in hiring. 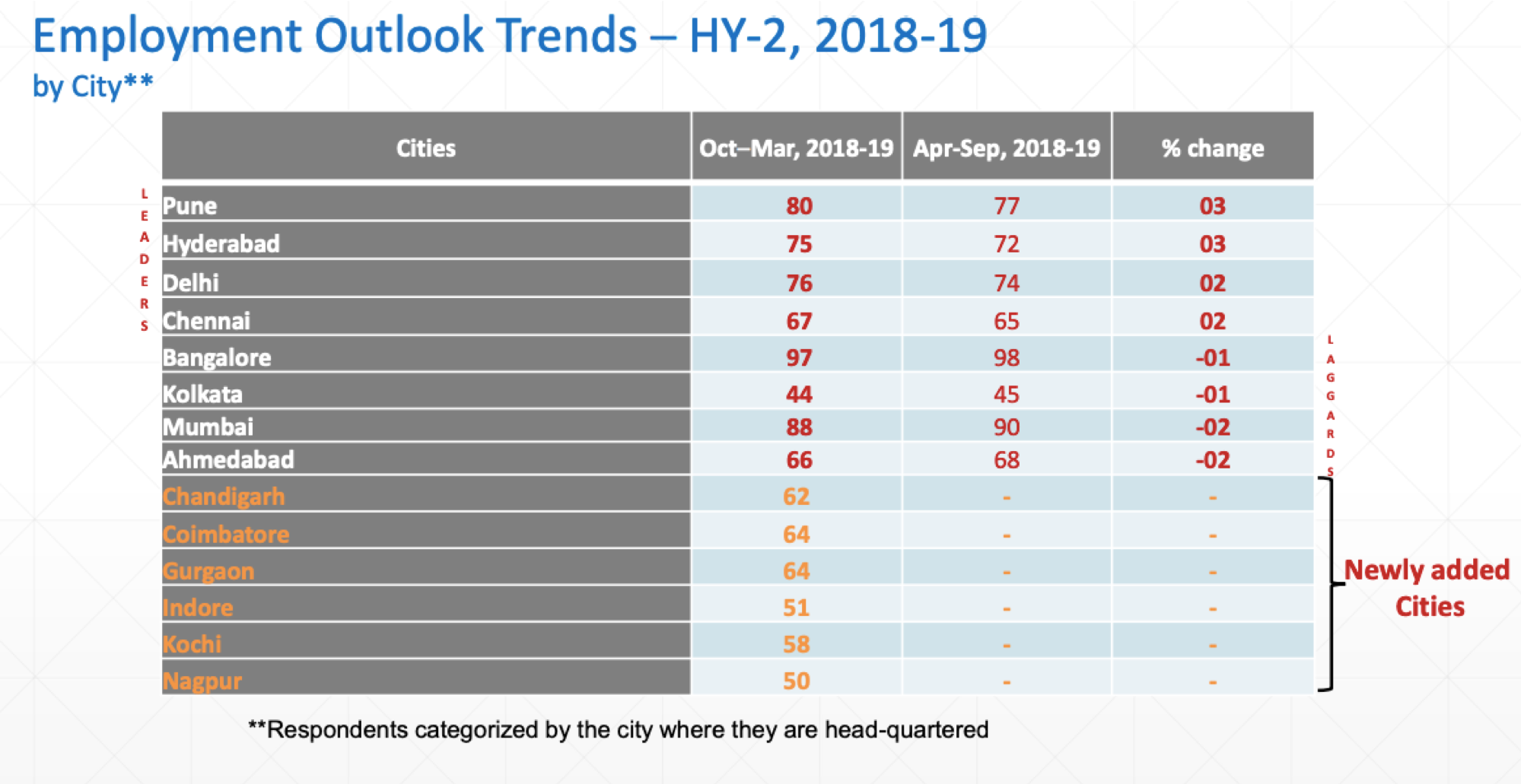 “The hiring of fresh graduates across sectors and cities is likely to be nearly 16.3% of all net new jobs created during the April-September, 2018-19 half year. These factors will definitely boost the confidence of the job seekers even though there is a minor plunge in the outlook,” Chakraborty says.

The attrition rates are significantly higher for educational services, media & entertainment, retail and telecommunication. FMCG sector in Mumbai will create 15,500 jobs of which 14,200 will be net new job creation and 13300 jobs will be created to compensate for attrition. It also estimates the new job creation for fresh graduates: FMCG sector will create 3980 new jobs in Mumbai.

The latest biannual Employment Outlook Report (HY-2: October-March, 2018-19) by staffing company, covered 750 employers and 2500 employees of small, medium and large companies across 19 sectors and 14 cities to understand the hiring sentiments in India.

The report also surveyed 75 employers across the globe, to analyse the global trends for employment outlook. 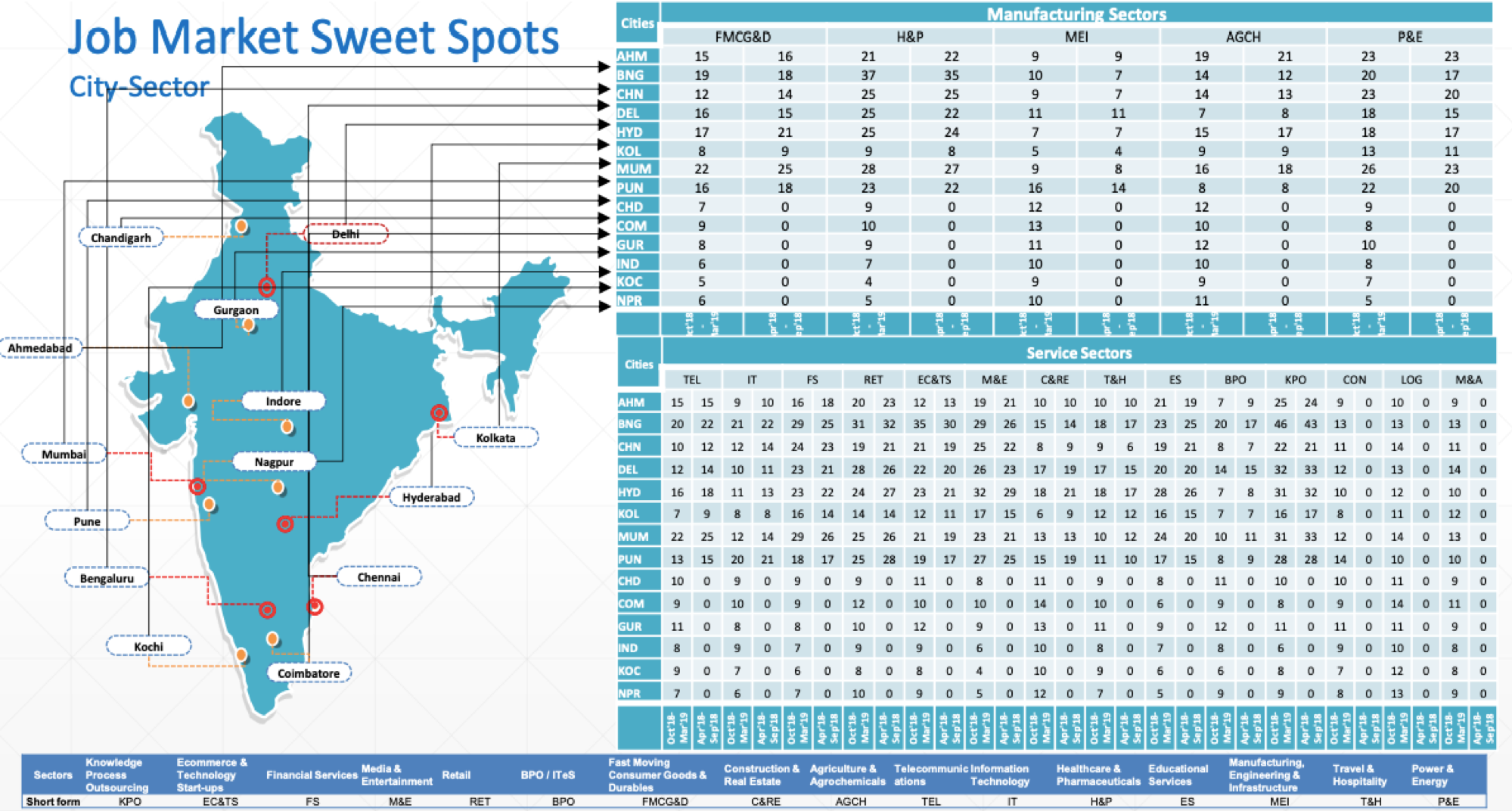 However, India has gained a bigger lead for this HY, over global markets in terms of the percentage of employers (94 per cent) who report a possible increase in their hiring volume.

In India, the power and energy sector will gain the most with four per cent increase in the hiring sentiments, over the past half-year, across the employers surveyed. Some of the other top sectors with incremental positive hiring outlook were financial services, media & entertainment and educational services with over three per cent each; healthcare & pharmaceuticals showed over two per cent increment; e-commerce & tech startups, manufacturing, engineering & infrastructure, as well as travel & hospitality experienced more than two per cent increase each. Construction & real estate, retail and telecommunications are the top laggards in the second half of the year, with a fall of three per cent followed by Agriculture & Agrochemicals (-2%), BPO/ITeS (-2%), IT (-2%) and FMCG/D (-1%).