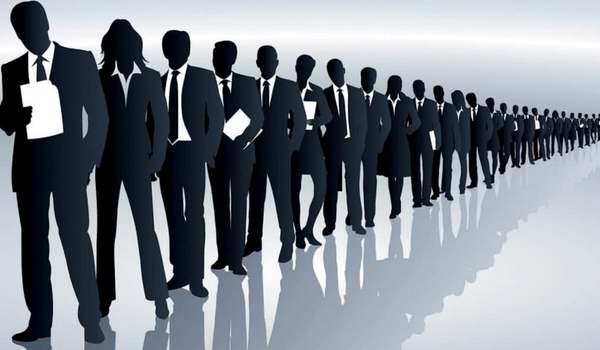 According to data shared by a blue-collar recruitment platform, top metropolitan cities like Mumbai and Delhi account for 4.15% and 0.49% people, applying for blue-collared jobs. Furthermore, these applicants are between the age group of 18-31(Delhi) and 31-40 (Mumbai) respectively.

After the top two cities, maximum job application record is held by Pune at the third spot, Bangalore at the fourth, and Kolkata at fifth with 0.40%, 0.33%, and 0.24% respectively.

Surprisingly, Lucknow, one of the largest state’ capital, only witnessed 0.37% of people in the age group of 18-30 who have been applying for jobs. While, cities like Patna have been on the radar for hiring more than 10,000 people this year, Tier II cities like Mohali have zero records of receiving job applications, and Nasik just ahead with 0.2%.

Mumbai holds the top spot in job hunting category with 11.90%, whereas, more than 97% of people between the ages of 18-30 are looking for jobs in Amreli followed by 100% in Bagalkot, Ariyalur, and Banka, proving the unemployment rate is higher in these areas.

Pune and Bangalore can be considered as the top cities for hirings whereas places like Silchar, Agartala, and Mandya had zero hirings (0.00%) throughout the year. Talking about Chennai, which is one of the top metropolitans, 0.10% of people between the age role of 18-30 have recorded job applications this year. Tier III cities like Mandi, Nalgonda, and Pithoragarh have seen zero job applicants which include all age groups. Departments, such as online marketing and housekeeping, have seen steady growth in cities such as Jabalpur, with current figures of 0.192 and 0.483 all between the ages of 18 and 31.

Over 8 lakh formally employed in November, 2019