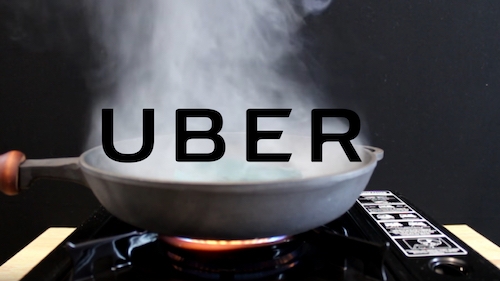 The cab service company continues to attract attention for all the wrong reasons.

The whole of 2017 saw Uber, the transportation network company, facing high-profile lawsuits, attacks on its workplace culture and questions about its technology.

The end to these controversies is nowhere in sight. Just a week after Uber’s HR head, Liane Hornsey, resigned following investigations into the allegations of systematic dismissal of internal complaints of racial discrimination, the cab aggregator is back on the hot pan.

As per a WSJ report, the US Equal Employment Opportunity Commission (EEOC) has launched an investigation into Uber, based on a complaint about gender inequality, which includes gender-related hiring practices and compensation disparities.

EEOC has been meeting and talking to current and former Uber employees, and collecting official documents.

At an event, Uber CEO, Dara Khosrowshahi accepted that the investigation was on and he also took sole responsibility for the Company’s culture.

“Sometimes, it takes a punch in the face to see things clearly,” he said. “This was one of the moments for me. This was a rough week. But it is incredibly motivating, and I think we absolutely have the tools,” he said.

Uber has been struggling to get its culture right internally. In May, Hornsey shared what the Company was doing to improve its culture and get it right. “I want you to know that Uber is doing the hard and necessary and often invisible work to transform ourselves from the inside out.”

From focussed efforts to improve upon diversity and inclusion, to working around the new cultural norms, Uber has been driving this change from all directions. The organisation no longer requires mandatory arbitration of claims related to sexual assault or harassment (drivers, riders, employees); survivors will be able to settle their claims without a confidentiality provision.

In its 2018 diversity update, Uber reports that its proportion of women employees had increased by about two per cent in the preceding year. As of April, women made up 38 per cent of the Company’s workforce.

Qualcomm may reduce its workforce by more than 10 per cent