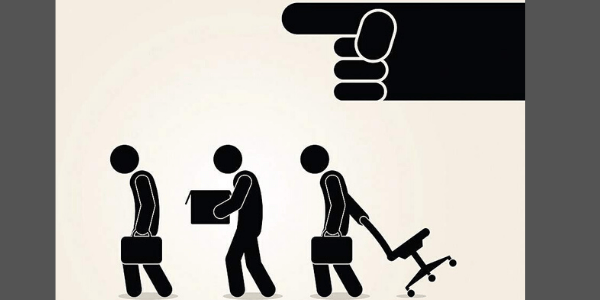 United Airlines plans to furlough 16,370 employees on Oct. 1, as the federal restriction against layoffs under the CARES Act expires on that date.

Among the impacted workers will be 2,850 pilots and 6,920 flight attendants.

The Airline has conveyed to the employees that it does not expected demand to return to anywhere near normal until a vaccine is developed; and that nobody had expected the pandemic to last this long and affect travel so badly.

The carrier had previously notified 36,000 employees about potential job cuts. However, later, it was able to reduce that number through various voluntary buyouts and early retirement programmes.

Approximately 7,400 workers have opted for voluntary buyouts or early retirements and thousands of others have agreed to long-term leaves of absence.

However, despite all these programmes and efforts to cut costs, the Airline has not been able to avoid resorting to furloughs.

Prior to the COVID-19 outbreak, United Airlines had just under 100,000 employees.

The only way the Airline can avoid furloughs is, if the CARES Act payroll protection is extended. However, even though the Airline is in touch with the Government seeking the same, it does not expect to receive any more assistance.

American Airlines announced late last month its intention to furlough approximately 17,500 employees based in the US. These include about 1,600 pilots and 8,100 flight attendants. Delta Air Lines has also revealed plans to furlough almost 2,000 pilots this fall.

Southwest Airlines and JetBlue Airways both have endeavouring to avoid any layoffs, at least in the short term.

Amazon to hire 1,800 for its tech hubs in Vancouver, Toronto

IT jobs at risk in the upcoming quarters, unemployment to rise