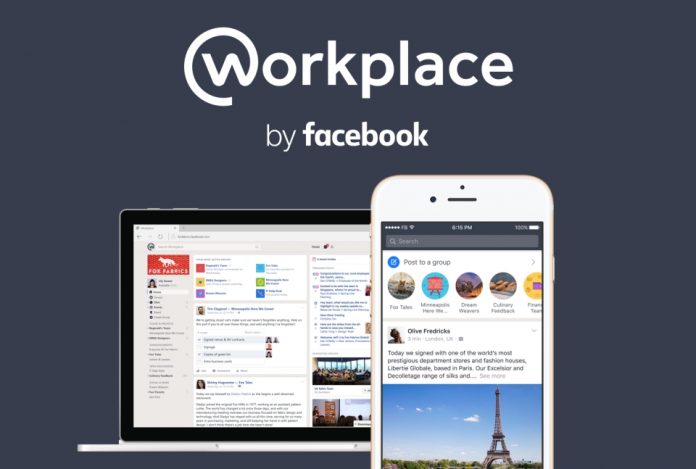 Redefining interaction and engagement of co-workers at work, Workplace will now be available to all interested organisations.

Facebook, the social networking platform certainly got people addicted to it, so much so, that there was a time organisations prevented employees from using it at work. Infosys, for instance, had banned the use of Facebook at work, for a long time. However, little did the corporate world know that Facebook will come out with an alluring new face to pique the interest of organisations across sectors and geographies.

While the world was hooked to Facebook for social networking, Facebook itself had an internal version of the app that the employees used to stay connected at work. Taking this further, the company started testing a version for the workplace, with a few other organisations over a year ago. Now, more than 1,000 organisations around the world use Workplace (formerly known as Facebook at Work). People have created nearly 100,000 groups and the top five countries using Workplace are India, Norway, UK, France and the US.

With an overwhelming response from these organisations, Facebook recently announced that Workplace will now be available to any company or organisation that wants to use it. The workplace is about a lot more than just communicating between desks within the walls of an office. Some people spend their entire workday on the go, on their mobile phones, while others spend all day out in the field, or on the road.

“We’ve been amazed by the breadth of organisations who’ve embraced Workplace — from a shipping company that can now connect with its ship crews using Live video, to a bank that now uses Workplace, instead of fax machines and newsletters, to share updates with its distributed bank branches,” the company stated in an official blog.

Large multinational companies, like Danone, Starbucks and Booking.com, international non-profits such as Oxfam, and regional leaders, such as YES Bank in India and the Government Technology Agency of Singapore have already embraced Workplace.

Explaining the features of this new app, the company stated, “We’ve brought the best of Facebook to the workplace — whether it’s basic infrastructure, such as News Feed, or the ability to create and share in Groups or via chat, or useful features such as Live, Reactions, Search and Trending posts. This means, you can chat with a colleague across the world in real time, host a virtual brainstorm in a Group, or follow your CEO’s presentation on Facebook Live.”

It also offers unique, Workplace-only features including a dashboard with analytics and integrations with single sign-on, in addition to identity providers that allow companies to more easily integrate Workplace with their existing IT systems. “Workplace will be priced competitively — companies only pay for people who are actively using the product,” the organisation said.

Facebook’s Workplace will redefine how co-workers engage and interact at work as the new global and mobile workplace isn’t about closed-door meetings or keeping people separated by title, department or geography. Organisations are stronger and more productive only when everyone comes together.