In a dyadic situation of performance feedback, a supervisor, because of his empowered position, can display a range of emotions, which can affect the subordinate.

Performance feedback, in any organisation, is an exchange of task-related information. A performance reviewer would like to believe that, when talking about someone’s task, the best thing is to remain neutral and be an emotional gate keeper. In other words, simple control emotional flow and stick to the purpose of the act. This belief is based on the perception that human beings are logical, and expressing emotions in a feedback situation can be dysfunctional and a step closer to irrationality. 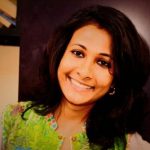 But are we so rational? Are we skilled at suppressing our emotions, and using our judgement wisely? Maybe not. Perhaps, it is nearly impossible to shut one’s emotional gate because emotions are constant to the existence of life. Emotions are almost felt continuously through the ongoing relationships or transactions we encounter. Similarly, any encounter between a supervisor and a subordinate can’t be completely unemotional.

Emotions are also structural in nature. For example, a boss can shout at his employee by virtue of his structural power. In a dyadic situation of performance feedback, a supervisor, because of his empowered position, can display a range of emotions, which can affect the subordinate. For example, a supervisor can express anger in response to poor performance, or can express joy in response to superior task performance. This emotional information is decoded along with the task information and influences the affective state of the recipient. Forbes magazine, in their 2012 article ‘Why We Hate Giving Feedback-and How to Make It Easier’, mentioned that supervisors are worried about the reactions of the recipient because some might get angry or start crying. But, are we missing something here?

Are these reactions not in response to the supervisor’s emotional display while giving feedback?

In an experiment on failure feedback, Jhonshon and Connelly in 2014 manipulated the emotional display (anger, disappointment, neutral) through fictitious e-mails. Participants were given an assignment where they had to take up a role of a marketing specialist for a fictional consulting firm. They were presented with a task description and a deadline. On turning in their work assignment, they received a feedback from the fictitious work supervisor. Later, the same participants were asked to work on another new assignment. Results indicated that feedback, when given in an angry manner, resulted in experiencing higher levels of anger on the part of the receivers. Anger evoked more anger, which further made the participants like the supervisor less. Display of disappointment evoked guilt in the participants and they engaged more in reparative behaviours.

Performance feedback can never be just an evaluative communication devoid of emotions. While giving positive feedback, a range of positive emotions—joy, pride, interest, and so on—can be experienced by both the source and the recipient of the feedback. On the other hand, negative emotions—anger, disgust, guilt, anxiety, and sadness—can be felt while giving and receiving negative feedback. Thus, performance feedback is a communication, which contains: i) task-related information, and ii) the emotional pleasure-displeasure dimension of information. In fact, it is the latter which influences the further solving of complex task-related problems, and in turn leads to higher (or lower) job satisfaction. Since each emotion has a different route of impact, supervisors can use their discretion to display a particular emotion, or set of such emotions, which influences the subordinate more positively.

(The author is a PHD scholar at TISS Mumbai)

The science behind effective learning