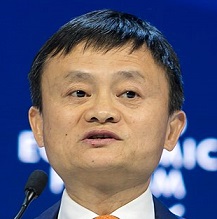 Jack Ma, the Chinese business magnate, who had last year promised to create a million jobs in the US, has now admitted his inability to keep his word because of the weakening of trade ties between China and the US.

Early last year, Ma had met with the US President Donald Trump and vowed to not only generate one million jobs but also facilitate the enrolment of one million small businesses on Alibaba’s online platform enabling them to sell their products to consumers in Asia.

However, Ma openly backtracked claiming that his vow had been made based on the growing and positive trade relations between the two countries. He has shared in an interview that with the obvious friction in trade ties now, it will be impossible to fulfill the promise he had made.

Had Ma been able to realise the target he had set, Alibaba would have managed to be counted amongst the largest private employers in the US, accounting for one per cent of all jobs in the country.

Meanwhile, launching a commercial war, the US has gone ahead with 10 per cent levies on $200 billion worth of imports. This is over and above the $50 billion already targeted. China has responded by targeting another $60 billion of American goods with five to 10 per cent taxes.

Ma, however, strongly believes that China will always have business opportunities elsewhere. Eager to pursue philanthropic interests, he is now looking forward to handing over charge of the Company to CEO, Daniel Zhang who will be succeeding him next year.

HRK News Bureau - October 6, 2022
0
Innoviti has appointed Navneeth Sulakhe as SVP-HR. Sulakhe is mandated with making HR a strategic foundation of the collaborative commerce platform. He will also...

United Airlines to furlough over 16,000 employees