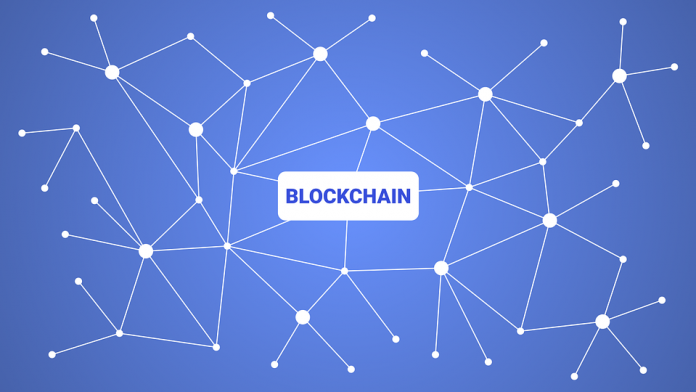 Have you heard the buzz around ‘blockchain’ but remain clueless about what exactly it is? You are not the only one. A lot of people talk about blockchain but few truly understand what it is and how it functions.

To cut long story short, blockchain is a technology. Created under the pseudonym, Satoshi Nakamoto, it was originally built as a platform for cryptocurrency Bitcoin. Often misunderstood as a dependent variable of Bitcoin, there is far more to this revolutionary technology than we can even fathom.

What exactly is blockchain?

“Data processed with blockchain technology can yield more intelligent analyses and output, which are beyond human comprehension.”

Blockchain is a digitised distributed ledger that records timestamped transactions in peer-to-peer (P2P) networks. Blockchain technology works on a decentralised server, that is, each computer system in the network (commonly referred as ‘node’) is considered as a peer, which acts as a host to disk storage, processing power or network bandwidth. There is no central server, where all data is stored together comprehensively.

Cryptographic algorithms are set up for the validation of new transactions, that is, formation of new blocks. Each time a new block is generated and added to the ledger, a copy is also added to all the nodes in the network. Once captured, the block is immediately broadcast to all peers on the network and is unalterable. Its unique architecture eliminates the need of any regulatory body or central server where all data is stored. This, in turn, renders the ledger unhackable; at least till the advent of quantum computers.

“High-end technologies require big investments, and cost is a major factor that acts as a hindrance. In the future, if this technology cannot be afforded by the masses, it shall not be able integrate in our system and will fail to show its true potential.”

Governments, industries and nations are exploring the possibilities of using blockchain technology in day-to-day life. UAE is all set to become the world’s first blockchain-powered nation. The recently launched initiative, ‘UAE Blockchain Strategy 2021’, is based on four fundamentals — the happiness of residents and citizens, advanced legislation, government efficiency and global entrepreneurship. Its adoption will prepare the government for future challenges and save AED 11 billion (nearly $3 billion) that the Government spends annually on document circulation alone. Moreover, it is estimated that it will save millions of work hours, reduce government documents by 389 million and save on the time and fuel spent on driving 1.6 billion kilometers. Another thriving example is that of Kodak. The Company is developing a blockchain system to track intellectual property rights and payments to photographers.

“Organisations will have to transition from their conventional HRMS methods to more modified blockchain processes, which go beyond churning of your own data alone. Blockchain technology shall expose your confidential data as well as gain access to a lot of outside data in the market.”

The human resources function is highly data centric as well as transaction centric. Aspects of blockchain technology are being considered and explored to create safe, transparent and trustable data. The following are few instances of the same:

• Blockchain will eliminate third party dependencies – Third-party vendors, such as recruitment consultants and employee-verification companies, not only increase the HRD’s dependency on them, but also form a part of overheads. Use of this technology can help recruiters shortlist resumes faster, as per their required parameters, create a database of potential candidates for the future, develop internal job mobility and conduct candidate verification themselves. As a result, this will render third parties redundant. For instance, HireMatch offers the first decentralised app to eliminate the friction and costs for expensive recruiters. Companies, such as these, connect job seekers with job finders using blockchain and cryptocurrency “Hire”.

• Advent of Smart contracts and enchanced payment processes – Processes, such as compensation management, contract management, taxes, and so on are pain areas for both HR and employees. This is where smart contracts come in. Smart contracts help you exchange money, property, shares or anything of value in a transparent, conflict-free way, while avoiding the services of a middleman. For instance, payroll startup Bitwage uses bitcoin to let employers route international payments to workers, allowing them to receive wages in either a local fiat currency or bitcoin, or a combination of the two.

• Verified employee data – With the help of blockchain technology, HR can track the performance of employees from their previous organisations, evaluate their skill sets and competencies to find the perfect job fitment, and prepare a suitable career progression plan, and even ensure smooth onboarding– with just a click on the blockchain link.

• Blockchain’s integration with HRMS – Blockchain technology once integrated in HRMS can help HR understand employees beyond the realms of documents. Every captured click can be analysed to study the employee’s behaviour. This can facilitate the understanding of employee moods and emotions, predict exits, identify problems, and address grievances, just to name a few. “Data processed with blockchain technology can yield more intelligent analyses and output, which are beyond human comprehension” says MVS Murthy, a senior HR professional.

Any new concept out in the market has its own share of challenges, before it receives acceptance. One of the potential drawbacks that may block its integration into HR’s day-to-day activities is the acceptance and usage of the technology by the masses. “High-end technologies require big investments, and cost is a major factor that acts as a hindrance. In the future, if this technology cannot be afforded by the masses, it shall not be able integrate in our system and will fail to show its true potential,” says Sriharsha Achar, group CHRO, Apollo Hospitals Group.

“Organisations will have to transition from their conventional HRMS methods to more modified blockchain processes, which go beyond churning of your own data alone. Blockchain technology shall expose your confidential data as well as gain access to a lot of outside data in the market,” says Sharad Sharma, SVP & CHRO- DHFL Pramerica Life Insurance.

In the wake of the information age, blockchain may not be just another big name. It is expected to impact our regular lives in a significant way very soon. It will shape the future of human resources, and give it a new aspect altogether.