Last June, about 30 women employees of Ernst and Young, New Jersey, happened to attend a leadership training. However, the advice given to them to succeed as leaders was rather misogynistic and regressive. They were apparently advised to dress appropriately (so as not to distract the opposite sex) and avoid confronting men in meetings!

The leadership workshop that was called Power-Presence-Purpose (PPP), comprised a presentation on the appropriate ways in which women should dress, and the ways in which they should interact with male colleagues.

The most ridiculous and sexist advice was that women should not flaunt their bodies as this is a distraction that workplaces can do without. It was clearly communicated that women should wear clothes that complimented their bodies and that they should sport good haircuts. The women attending the programme were told to be brief while speaking as it was a natural tendency for women to talk incessantly and completely miss the point.

Another crazy tip given to the women was that they should avoid confronting men in meetings. Instead, if they really had to discuss some issue, they should do it with them in private. The point that was driven home was that confronting men face-to-face was like threatening them.

A scorecard was given to each trainee to find out how feminine they were. The feminine traits on the scorecard included, ‘shy’, ‘affectionate’, ‘cheerful’, ‘child-like’, as well as ‘feminity’. The masculine traits included, ‘aggressive’, ‘dominant’, ‘self-reliant’, ‘competitive’, ‘athletic’, and so on.

The company maintains that the June session was the last of the PPP sessions they held. 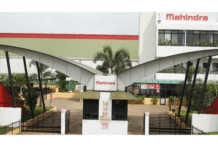 How Mahindra & Mahindra moved away from the rating system