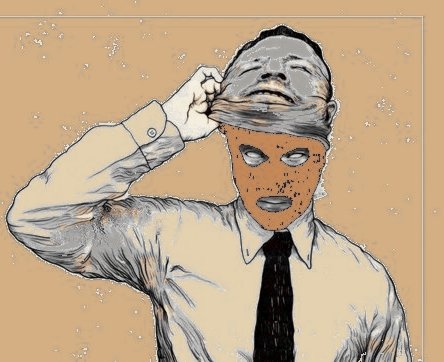 It is time Indian companies realised the importance of employee verification. After all, a wrong hire can cause great losses

Recently, the HR head of a large IT company had an interesting experience. While interviewing a person for a mid-level position, it was observed that the candidate somehow did not match up to the strong resume that he had presented. This suspicion drove the company to dig in deeper. It was finally discovered that the candidate had faked the documents with someone else’s real experience and submitted it. In fact, the resume was also very similar to his immediate boss, and could be easily traced back to a leading job portal.

Making tall claims in one’s resume and producing modified service certificates of past employers for claiming longer duration of service, modifying salary slips and increment letters to get a better raise in the new job and even faking the employer, have all become rampant in today’s competitive job market.

“It is human nature to say more than reality when explaining self. Some candidates do over-represent themselves,” says Ravi Kulkarni, head-HR, Tata Motors (Dharwad). “With the job market becoming challenging for skills and capabilities, every candidate wishes to keep his best foot forward.”

The extent of this practice of false claims is evident from the fact that 41 per cent of the screenings conducted by HireRight—a company which specialises in employee verification —in India, in 2014, contained a lie or inaccuracy. Candidates try to make themselves stand out in the hope of securing a hotly contested position.

Despite this growing menace, companies in India still tend to overlook employee verification for several reasons. The maximum most organisations are willing to do is, to use reference checks by people nominated by the candidates themselves.

The concept of using a specialised service for the purpose is still to gain momentum, as most companies do not want to spend that extra buck, not realising how serious the repercussions could be.

“A majority of companies are not very comfortable with the additional expense of verifying past employment. What they do not realise is that it is not money going down the drain. The process of verifying employees can help one make the best possible hiring decision,” says a senior recruitment consultant. In a super competitive market, a bad hire could have immense negative implication.

This holds true for the larger hirers, such as BPOs, Retail and labour-intensive manufacturing processes, considering the infrastructure in the country. Lack of access to information and the rush to hire more people, to meet the increasing demands, lead to companies adopting a laid-back attitude towards verifying potential employees.

Technology has made it easy for people to fabricate industry-recognised qualifications and memberships.

“If companies fail to check these claims, they risk employing people who are not qualified for the jobs they have applied for. This can have legal consequences, lead to loss of revenue and clients, and seriously damage reputation,” says Edward Hickey, managing director, APAC, HireRight.

What many companies do not realise is that the failure to undertake appropriate background screening can leave them vulnerable to employee frauds, theft and data security breaches.

“People across levels have access to a lot of assets of great value including cherished information, and a proper verification process can minimise the risk of any theft or espionage,” says Vipul Singh, VP & head of HR and communications, ADP India.

Companies should screen candidates at all levels, including part-time workers and senior management staff. All employees have the same access to the office premises, assets and sensitive information, and hence, pose a significant risk,” says Hickey.

“Maintaining a good reputation in the marketplace is of utmost importance to companies and such checks ensure that hiring mistakes do not turn into negative branding and a PR disaster,” Singh adds.

It has become almost imperative to have a strict verification process while hiring for senior management roles. However, what acts as a deterrent is also the belief that senior management candidates consider it to be an irritant.

“On the contrary, it gives confidence to the prospective candidate that she is joining a professional organisation,” says Kulkarni. “In the days, when everyone attempts to brand oneself as an employee, it would be seen more as a positive reinforcement of brand value than an irritant if a reference check is made at leadership positions,” he adds.

What Kulkarni advises is for a transparent process, wherein the fact that a background check will be made is shared with the candidate.

“Stiffer verification processes are generally followed for senior management roles, and they have evolved and matured over a period of time. The chances of annoying a senior management candidate by cross-verifying such claims are also minimal,” concurs Singh.

GSK says ‘No’ to cabins and cubicles