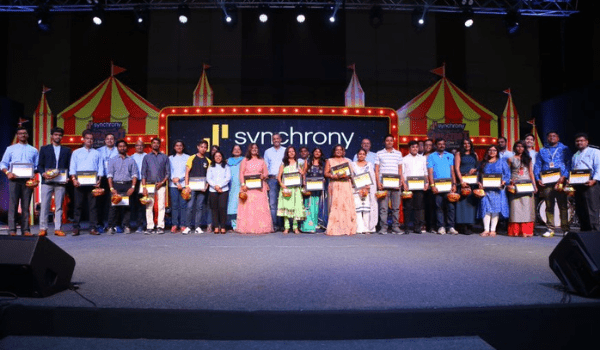 While big IT giants such as Infosys, Wipro and TCS hire in huge numbers from the campuses, Synchrony, a consumer financial services company, prefers to hire lateral tech talent, with some on-ground domain experience in the field.

Synchrony was separated from GE in 2014, when the latter decided to trim its financial services business.

As we all know, the demand for tech talent has certainly gone up across industries, but the BFSI sector has seen an unusual spurt in the need for tech talent, as all financial services offerings have gone digital.

The trend is expected to continue, year on year.

While talking to HRKatha, Kameswari Gangadharabhatla, VP-HR, leading diversity and recruitment COE, Asia, Synchrony, shares that the Company is looking to fill about 800 vacancies as of now, of which about 30 to 40 per cent — one third of the total vacancies at Synchrony in India — are tech roles.

These roles are spread across core tech development to analytics, cloud and SaaS-based development.

Gangadharabhatla reveals, “We have seen an increase in the need for tech talent in the company in the last few years”.

It is a challenge for Synchrony to find niche skillsets in cloud and SaaS-based technology within the internal talent pool. The Company relies on external hiring from the market for such talent. However, even while hiring externally, the Company prefers to take on more experienced people in these roles rather than freshers from the campuses. 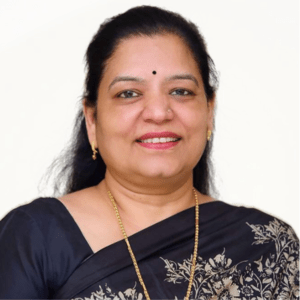 “We get about 70 to 80 per cent match on an average for tech roles. These new hires are then upskilled through in-house mentoring and certification courses”

Most upcoming startups are known to want their new hires to kick-start on the ground, almost immediately. Similarly, Synchrony wishes the new entrants to get into action quickly. “We require the tech talent to kick-start as soon as possible after onboarding,” states Gangadharabhatla.

Yet, given its desire for niche skills, Synchrony does not get a 100 per cent talent match in the market. “We get about 70 to 80 per cent match on an average for tech roles. These new hires are then upskilled through in-house mentoring and certification courses,” reveals Gangadharabhatla.

When it comes to hiring tech talent laterally, the Company generally prefers people coming from the BFSI sector. However, it is also open to hiring from industries such as IT or the Big 4 companies in India.

It is not as if Synchrony does not hire techies directly from the campus. It is just that the numbers are few and far between. “We do hire freshers as interns in roles such as analytics, but the ratio is very less,” admits Gangadharabhatla.

Synchrony only hires about 10 per cent of its tech talent from the campus. The rest of the 90 per cent are lateral hires.

“We currently hire within a blend of experienced and freshers and are aggressively working towards Campus Connect programs with top institutions to bridge the gap,” explains Gangadharabhatla.

When it comes to campus hiring, Synchrony goes for a diverse set of people from tier-I, II and III colleges depending on the requirement of the roles.

Gangadharabhatla also shares that they are very much open to giving opportunities to their internal talent as well, provided they possess the competence and desire to take up such roles. People can complete certain certification courses and transition into these roles. “We rolled out about 700 job postings last year and many got filled internally,” admits Gangadharabhatla.

Synchrony’s primary focus has been on gender diversity in the Company. Gangadharabhatla proudly shares that as of now, 47 per cent of the workforce are women. She also shares that of all the people hired in 2021, 60 per cent were women, of which 31 per cent were hired for tech roles.

To build a healthy women’s talent pipeline, the Company has a career restart programme for women who had to take a break in their career due to personal reasons. Such women are trained in various roles as per their experience, to brush up their skills, and then onboarded.

Recruiters are mandatorily required to shortlist resumes of men and women in equal numbers, to ensure balance.

Apart from focusing on gender diversity, the Company has also hired about 100 differently abled people in multiple roles.

Gangadharabhatla shares that Synchrony plans to focus on inducting people from the LGBTQ community as well, in the near future.

The problem of reporting to multiple bosses

Who’s a better hire? Skilled carpenter or an experienced one