Axis My India, a consumer data intelligence company, has announced a digital hiring campaign called ‘Mission India’ wherein it plans to hire 5000 young Indians at various locations across the country. In this hiring spree, the Company is looking for talent in the areas of technology, analytics, research, marketing and operations.

Talking to HRKatha, Pradeep Gupta, chairman & MD, Axis My India, shares that the Company has a large field force, which carries out a lot of research and data- collection activity. This hiring campaign will majorly focus on adding a large number of young Indians to this field force.

As part of the ‘Mission India’ campaign, the Company has released a video which is more than just a job posting. It is a video ad through which the Company has tried to communicate with prospective candidates using a story telling approach. The video ad shows a highly patriotic youngster who can easily land a job with a bank but opts to sacrifice that opportunity to serve a larger purpose at Axis My India instead.

In an earlier interaction with HRKatha, Gupta described the culture of Axis My India being quite military like, with discipline and focus on objectives at work being the key requirements to make the cut for a job, especially as part of the field force. This has been clearly depicted in the ad, where the protagonist prepares for his job like a soldier.

“When we look to hire people for field work, discipline and focus on work are the two key attributes we look for in a person,” shares Gupta. By discipline, Gupta means that the person should have good habits, such as being punctual, sleeping and waking up on time and being focused while on duty.

Stressing on the ‘focus’ bit, Gupta explains that use of mobile phones at work is rather distracting. That is precisely why “we do not allow employees to keep cell phones on their desks. Their cell phones are kept in a separate room,” shares Gupta. 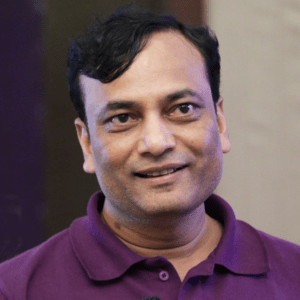 “While it is possible to train people to build the skills required to carry out the role, good habits and attitude cannot be taught”

As part of the assessment for a place in the field force, candidates are required to fill a questionnaire, wherein they are asked about their sleeping habits and also about some of the biggest challenges they have faced in their life.

While hiring for the field force at Axis My India, more emphasis is given to the soft skills the candidates possess and their habits. Regular smokers or alcoholics are not a great fit for this role, points out Gupta. “While it is possible to train people to build the skills required to carry out the role, good habits and attitude cannot be taught,” reasons Gupta.

Axis My India is also looking for talent for technology and analytics roles where the priority is on core skills, but discipline and focus are expected from the individual.

According to Gupta, the ad will help the organisation attract the right set of people because it depicts the true ethos of Axis My India. The ad clearly conveys that those who are willing to sacrifice their time spent on social-media platforms and are also ready to work on certain weekends are the ideal candidates for the Company.

Amidst the rising demand for tech talent, Axis My India is also looking to attract and retain some quality tech talent.

Gupta further mentions that the Company wishes to hire people such as Pradeep Mehra, whose candidly shot video recently went viral on social media. The video shot by film maker Vinod Kapri, shows a young Mehra running a 10 KM stretch back to his home from a fast food outlet, where he works late hours, just because he aspires to join the army.