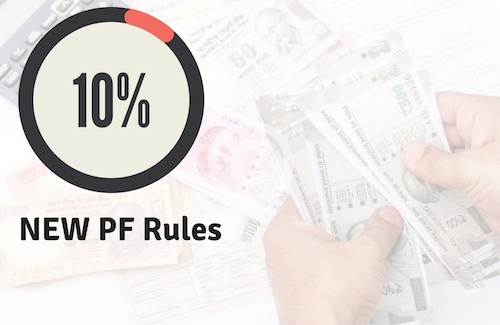 Reduction of cut from 12 per cent of basic salary to 10 per cent means a higher take-home salary.

Government is mulling a move that will bring a few extra bucks your way along with your monthly salary. According to a report in The Economic Times last week, the Government is likely to recommend a cut in the social security contribution, which is set at 12 per cent of an employee’s basic salary, to 10 per cent.

A two per cent cut will obviously mean a higher ‘take-home’ for the employees and more disposable income each month, but at what cost? What will be the larger impact?

HR professionals are divided in their opinion on the move. Yes, there will be immediate benefits but the fact that the monthly ‘forced savings’ will be lowered cannot be ignored.

Nitin Sansare, head of compensation & benefits (C&B), Tata Motors, does not think the move will make much of a difference. He points out how most salary packages factor in social security contribution.

According to Sansare, the reduction will have both positive and negative impacts.

“The younger generation wants more money in hand, and like to make their financial decisions. There is nothing wrong there. However, the flipside is that not everybody knows how to correctly plan finances and may be unaware of how to plan for life post retirement. That is when mandatory savings help,” he says.

“As long as the person is wise, it can work. Personally, I will prefer to stick to 12 per cent. People are not always wise enough and will end up spending the extra money,” adds Sansare.

Ritesh Seth, people strategy, compensation & benefits, Publicis Sapient, also agrees that the move has its own advantages and disadvantages.

The younger generation wants more money in hand, and like to make their financial decisions. There is nothing wrong there. However, the flipside is that not everybody knows how to correctly plan finances and may be unaware of how to plan for life post retirement. That is when mandatory savings help.

He explains how this can be a positive move for employees low on work experience, particularly freshers who will now get more money in-hand. However, he points out how mid to senior-level executives, who are close to retiring, may not be very pleased.

For those who are keen on investing in instruments with high-return potential, this will mean they will have more money to invest, particularly in a scenario where the rate of interest on PF deposits is going down steadily.

Hence, Seth hints at how those who are well versed with the idea of financial planning will use this extra amount to invest in instruments that will yield higher returns.

He reminds of a move that the Government tried last year but didn’t find enough favour to implement—the Centre had considered a reform of labour laws proposing a higher basic income to increase social-security contributions. This move, of course, would have led to a decline in the take-home pay.

According to Seth, fixing components, such as basic salary in a salary structure will help standardise the process, since the percentage of the basic component varies from one organisation to the other. Taxable components, such as special allowances lead to a low basic income and therefore, low social-security contribution.

A senior HR professional in a financial services firm thinks this reduction will not have much impact.

“All hats are not similar. Employees come with different sets of experiences, belong to different generations and look at money, expenses and savings differently. Moreover, it is only two per cent—a share that will not make much of a difference to the salaries of freshers, or those not very senior in the system,” he says.

He also agrees that the move will not go down well with senior employees, who prefer a higher corpus in savings, for post-retirement life.

The 10 per cent contribution is already in effect for organisations with staff strength of less than 20. According to the ET report, the Labour Ministry Committee is expected to finalise the recommendation by the end of this month.

PhonePe takes the first step towards upholding its D&I agenda