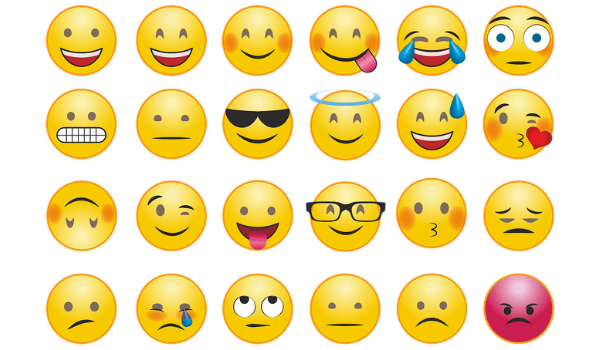 Picture this: While briefing the team on an important project, the manager notices one of the team members fiddling with the phone. Although an unintentional act by the subordinate, the manager presumed the junior wasn’t interested in the project. The executive was, in fact, responding to a client’s mail, but the behaviour did not go down well with the manager, and an opinion was formed.

This was an instance of how a boss built a perception based on the junior’s behaviour, but the reverse can also happen. Picture a junior all excited about a new idea. He drops a mail to the manager, but when he goes to check with the manager, he meets with a dismissive “ Oh! I haven’t had the time to read that mail”. This flippant behaviour of the manager doesn’t go down well with the executive either. It may have been unintentional on the part of the manager. In all likelihood, the manager may have been busy with another project and genuinely had not had the time to look at the mail.

However, the damage was done. Such involuntarily uttered words at the spur of the moment, can kill the enthusiasm of a zealous employee.

Such behaviours, or micro-behaviours, as they are called — because they generally go unnoticed — may actually have a cascading effect. The term was first coined in 1972 by psychologist Mary Rowe, a professor at the Sloan School of Management at MIT. She described them as ‘micro-inequities’ and acknowledged that victims, bystanders and leaders alike find it hard to identify them.

The unconscious gestures, facial expressions, postures, words and tone of voice, which can impact how people around us feel, can all be clubbed under micro-behaviours.

“We all have to be precise and concise. Face-to-face interaction is minimal during remote working. In such a scenario, clarity of thought is very important.”

While micro-behaviours are not intentional, they can have a deep impact on the other person. Depending on the behaviour of the person, this impact can be both positive and negative.

Micro-behaviours can be of many types. Using nicknames for some people, and not for others; consistently mispronouncing non-Western names in a multicultural environment; interrupting a person in mid-sentence; rolling the eyes; being consistently late for a meeting, all fall under micro-behaviours.

It is not just while working out of a physical office or while personally meeting a person that micro-behaviours have an impact. In fact, it has become even more relevant and crucial, in these times of teleworking. In fact, it will not be out of place to say that the issue has become more sensitive now than ever before.

There is a clear difference between working out of office and remote working. For instance, if a boss pulls up a junior for a wrong doing at work, but ends the conversation with an encouraging smile or pat, the junior may not feel that bad. However, the same conversation over a phone call, or an e-mail or a chat, may portray the boss as a rude person, unless there are some emoticons accompanying the message to suggest otherwise.

Says Rohit Suri, chief HR and talent officer, South Asia, GroupM, “It’s more important to trust our people and be transparent. It’s also time to give them space, because at this point of time, people are balancing both their professional and private lives. And the whole work- life integration is happening to a T. Somewhere in between, empathy becomes important.”

Consider this! Now that we are forced to allow others a peep into our lives, thanks to Zoom calls, companies, the HR in particular, need to create a rulebook on the etiquette to be followed during a virtual meeting.

It is the HR’s responsibility to ensure that no employee, senior or junior, makes any comments — through spoken words, facial expressions or any kind of gestures — that may degrade a team mate’s home, family, pet or even clothes.

In fact, organisations should ideally have a rule in place permitting only backgrounds to be used during a video conference call or may be even avoid video calls altogether, unless it is super important.

Similarly, during a call, the team leader should make a serious effort to give equal attention to all juniors, and not just a few favourites. Persistent behaviour like this by the boss can make the juniors feel alienated from the rest.

“It’s more important to trust our people and be transparent. It’s also time to give them space, because at this point of time, people are balancing both their professional and private lives. And the whole work- life integration is happening to a T. Somewhere in between, empathy becomes important.”

While addressing a junior employee over Whatsapp, just writing ‘Hey!’ or ‘Hi’, can make the junior anxious. It is advisable for the manager to write complete messages, in one go.

Says, Praveer Priyadarshi, senior HR consultant, “We all have to be precise and concise. Face-to-face interaction is minimal during remote working. In such a scenario, clarity of thought is very important.”

Priyadarshi also talks about time management during remote working and how faltering in this area can lead to negative micro-behaviours.

“Time is at a premium, now. Therefore, punctuality has to be of high importance. It is all virtual now and everybody has their own schedule. People have open-door policies when in office, but the same is not possible while working remotely,” he points out.

In a physical workplace, there is ample opportunity for formal transactions to take place during informal hours. However, in case of remote working this is not possible. People think it is business as usual but that isn’t always the case. Therefore, companies need to be a little extra careful on this.

Sustained negative micro-behaviour leads to micro-aggression, and companies are facing this more often amidst remote working. It is defined as everyday verbal, non-verbal, and environmental slights, snubs, or insults — whether intentional or unintentional — which communicate hostile, derogatory, or negative messages to the targetted individuals, based solely upon their being part of a marginalised.

(with inputs from Moumita Bhattacharjee)

How to ensure political or social debates do not blow out...