Social-media trolls against companies, by their own employees, are growing in number these days. Not surprising, since the number of disgruntled employees has also grown as a result of the rampant layoffs. Unhappy employees, both existing and former, often cross the line in a fit of rage or when they are in a revenge mode. They propagate against the organisation on social media maligning its reputation and integrity. Some of these messages on social media can be significantly damaging.

So, how should companies react to such comments? Should they fight it out on the social media platform itself, and confront the employee concerned, or maintain a graceful silence? Either way, it may backfire. In fact, of late, this menace has posed a great challenge for HR managers across sectors, from an employer-branding perspective.

The age of social media
Mostly, people who are in exit mode or have already exited the system are the ones who are keen to create such propaganda.

“Such incidents occur when the organisation’s expectations do not match that of the employee’s or vice-e-versa. For instance, it could be very high performance benchmarks that the employee is unable to match up to,” explains Subir Roy Chowdhury, CHRO, Satin Credit Care Network.

Besides, behavioural may also crop up between the manager and the subordinate.

“One cannot take away employees’ freedom of expression guaranteed under the constitution of India, because the right to post on social media is also a part of that constitutional right under the provisions of Article 19. However, company policies clearly state that one cannot write anything about the company and its work ethics without management’s approval”

Unmesh Pawar, partner, head – people, performance & culture, KPMG, opines, “Today, social media is the way of life, and companies need to understand that they cannot restrain their employees from using social media; apart from a choice, it’s more of their fundamental right! And if not social media, they will somehow find other means to express their happiness and grievances publicly.”

The ideal way to deal with such situations is to have a one-on-one discussion and get into counselling mode with the person concerned, provided she/he is still with the organisation.

Pawar suggests that organisations ensure that there are enough forces for listening to employees’ issues and grievances so that they don’t have to take to social media to vent out their anger and frustration.
On the other hand, employees also need to understand and abide by the company policy.

“Today, social media is the way of life, and companies need to understand that they cannot restrain their employees from  using social media; it is not just a choice for them, but more of a fundamental right! And if not social media, they will somehow find means to express their happiness and grievances publicly.”

Several companies have a strict social-media policy, wherein they refrain from responding to any social-media posts to avoid unnecessary trolling, usage of offensive language and also curb the possibility of the post becoming viral, whether or not it is authentic.

Today, technology has made it much easier for companies to deploy resources to keep their employees engaged, communicate with them, lend them a ear, and understand their sentiments.

Adil Malia, CEO, The Firm, is of the opinion that if an existing employee gives out company’s inside details on a public platform, hampering the brand’s reputation, then the organisation has to take steady calls to stop such trolls from becoming viral. 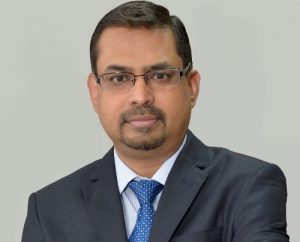 “trolling happens when the organisation’s expectations do not match with that of the employee’s or vice  versa. For instance, it could be  a higher performance benchmark and the employee’s inability to attain it”

“Most companies today have internal social-media policies, projecting the do’s and don’ts on social media for its employees. One cannot take away employees’ freedom of expression, which is guaranteed under the Constitution of India, because the right to post on social media is also a part of that constitutional right under the provisions of Article 19. However, company policies clearly state that one cannot write anything about the company and its work ethics without the management’s approval. When it comes to matters pertaining to the company’s brand reputation, policies and procedures, one has to follow the company’s mandates before posting anything on social media,” says Malia.

Responding to social-media posts or direct confrontation in such conversations is never the right way to deal with the situation, because it only aggravates the issue.

Chowdhury opines that simply hearing the concerned employees out patiently, and making them understand the organisation’s perspective, works wonders in managing the situation internally.

External pacification
Few companies tend to take such trolls as time-bound hype. They feel they will fade away with time or be forgotten when a new troll or scandal pops up.

“In cases where current employees are involved in posting offensive messages on social media, it is important to just respond to them, to share their concerns with the right authority (may be HR or to PR person) in the organisation and assure them that they will be heard and their matter will be taken to the rightful conclusion,” asserts Chowdhury.

In situations where the employee does not work with the organisation any more, and still begins to troll the company, it is best to ignore the matter and not respond at all. Reactions will only fan the fire out of control.

Pawar believes that the decision to respond to a message also depends on the number of followers of the person. If the person enjoys thousands of social-media followers, the post may have a wider reach. It is advisable to talk one-to-one and pacify the person.

If the person is still hell-bent and continues to post and write inappropriate stuff, then, instead of responding to those messages, one can just connect with the platform and request them to pull it down, stating that such posts are in bad taste.

Malia shares that if the person is posting factually correct information, even in rage, then under no circumstances can the company stop the employee from talking about it.

“If someone has been terminated without any notice, she/he can actually go ahead and post anything because on being asked the employee will only seek truth.”

The last resort for companies is to go into the provisions of the Indian Penal Code pertaining to defamation. If any employee performs an act that can be defined as defamation, then the company can take the legal route.