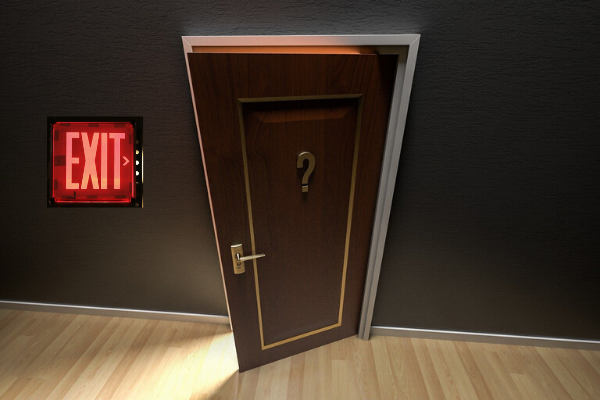 Resignations can be of two types, voluntary and involuntary. In the former, employees leave on their own for various personal reasons. In the latter, they are asked to leave or their employment is terminated on various grounds, ranging from inappropriate behaviour to low performance.

Following a voluntary resignation, post all the formalities and paper work, the employee leaves the company, after serving the designated notice period. The standard steps followed, as part of the off-boarding process are:

Step 1 – The off-boarding process begins with handing over the resignation letter. After the employee has put in her/his papers, the news is shared with the team. Also, if the employee was directly handling the clients, then a client handover process is designed. In case the said employee is very senior, some of the external parties are also made aware of the development.

Step 2 – All the documentation, including non-disclosure agreements (if required), benefits and tax documents, final payroll and a testimonial/certificate if required are handed over. Ideally, these documents should be prepared and given to the employee the day she/he is leaving.

“Often, the reason for low performance is the culture or the manager of the employee. That is why, such employees are often seen excelling in other organisations”

Step 3 – The transition process and handing over of duties have to be planned. The person who will be replacing the outgoing employee has to be decided on. If an existing one is taking over then things may be a little easy. In many organisations, the outgoing employee trains and hands over the process to the new employee. This will need setting up of deadlines and follow-ups. Also the HR may have to decide which information has to be given and passed over.

Step 4 – This is the most important step—the exit interview. Very few organisations conduct it, but it is time for this to be taken very seriously.

Step 5 – The last step is to organise a farewell party. Of course, it depends entirely on the terms that the employee left on. After this, it is important to procure all the properties of the company, such as cell phone, credit card, laptops and keys. Once the employee leaves the IT department is informed to erase all accounts and block all access to IT systems.

But what happens when an employee is terminated or in other words, the resignation is involuntary?

Is the process of off-boarding same as that followed for employees who leave willingly? Or is it different?

“In case of a criminal offence, such as theft, fraud or a POSH case, there sits an inquiry and the employee is given a chance to explain. The employee is temporarily terminated, and if proved guilty, she/he is fired”

Though most of the steps are similar, some new steps are added and the way to handle them are different. The reason for an involuntary resignation can be many—non-performance, indiscipline, or inappropriate behaviour.

However, the process and procedure of termination can be different in every organisation as per the clauses or policies that the HR is required to follow.

In the case of a performance issue, the employee is usually put on a performance improvement process (PIP) and constantly reviewed. After a while, if the employee does not improve, the company unfortunately has to terminate the employee. However, this is done respectfully, and on a positive note, clearing all the dues if any.

The off-boarding process in case of a performance issue remains pretty much the same as above.

Some of the added steps can be compiling all the data and documents which prove that the employee was underperforming. We should keep indicating to the employee the instances of low performance so that the decision does not come as a shock.

“These cases can get very sensitive at times. The HR needs to be cautious and serious, about respectfully initiating the off-boarding process,” shares an HR head working in a pharmaceutical company.

Rohit Suri, CHRO, Group M, adds, “Mostly, the process is pretty much the same if there is a performance issue. And many of the employees leave on their own, when they are put on a PIP. This is because they know the company will eventually kick them out one day.”

Another reason for termination can be a behavioural issue. It depends on the clause of the company. Looking at the severity of the act, the company will first give a warning but if the concerned employee repeats the misconduct or fails to mend her/his ways, the organisation has no choice but to terminate her/him.

Depending on the severity of the act, the employee may or may not be immediately terminated.

“In case of a criminal offence, such as theft, fraud or a POSH case, there sits an inquiry and the employee is given a chance to explain. The employee is temporarily terminated, and if proved guilty, she/he is fired,” explains Irfan Shaikh, CHRO, Liberty Oils.

Another thing that differs in the off-boarding process is that the company generally does not give separation pay to employees in case of performance-based firing or behavioural issues. This is also what happens in case the employees are laid off.

A point to be noted is that, when employees leave the company voluntarily, they have the liberty to join back a few years down the line, if they so wish.

“Often, the reason for low performance is the culture or the manager of the employee. That is why, such employees are often seen excelling in other organisations,” shares Suri.

The off-boarding process in both the cases is different and is handled differently by different companies. Now, it is the duty of the HR to be honest and fair under any circumstance. After all, employees do deserve to be seen off respectfully, whatever the reason for their exit may be.

How companies are preparing for ‘return to office’