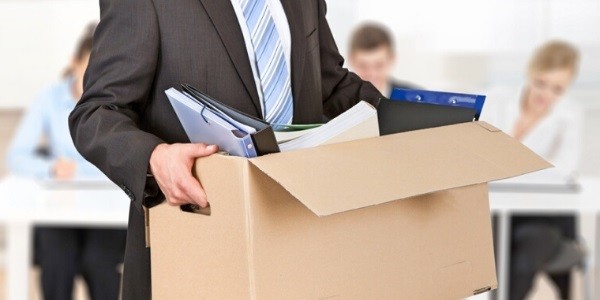 Businesses across all sectors have had a tough time this year, with only a few of them beginning to get back on their feet. Job loss has been rampant across industries. However, the process of laying off employees could certainly have been handled differently in many cases.

Grim news of layoffs had started seeping in way back in December 2019 – January 2020 when OYO Hotels, Walmart India and Ola had begun handing out pink slips to their employees.

As if the loss of jobs wasn’t bad enough, the manner of dismissals that have come to light in a few companies has been rather shocking. In early May, when Uber laid off 3500 employees who received the message over a three-minute Zoom call, it could not have been an easy pill to swallow for the affected workers. Housing finance and wealth-management company, Indiabulls, allegedly asked a few of its employees to resign over WhatsApp calls, at the end of May this year!

While it is understandable, that given the circumstances, face-to-face discussions over layoffs would not have been possible, announcing such a matter over a Zoom call or a WhatsApp call is certainly not an acceptable manner of handling the issue by any employer.

“Some of my former employees are still in touch with me because they remember what we did for them.”

On June 3, amidst a financial crisis, Atlas Cycles closed down its last remaining unit in Sahibabad, sending shock waves through the workers who allege that the layoff money being paid to them — which is half the present minimum wage of Rs 13,600 per month at the factory — is not enough to run their homes. The workers’ union is demanding a revival of the plant soon. Apart from the 400 plus workers on the rolls of the factory, hundreds of temporary workers engaged in the associated businesses are also affected by the closure.

Moreover, there is an acute labour shortage in Mumbai, Delhi, Punjab and Haryana as many of the workers have left for their villages after being laid off. Now that operations have resumed in many areas across the country, organisations are desperately trying to bring back workers. Despite promises of concessions, free travel, higher wages among others, industries across Delhi NCR — especially real-estate development, garment export and to some extent automobile manufacturing — are facing a tough time winning back the confidence of the labourers. Workers are afraid to return to work because they fear losing their jobs again, as the situation still appears unstable to them.

It is true that pink slips have become common, but the much-needed humane approach is missing. HR pundits agree that layoffs in certain situations are unavoidable, but there is always a better way to handle them.

Employers need to show transparency in communication. Businesses may face tough times, but employees deserve to know the facts. Rather than a common e-mail sent out to hundreds, a personalised approach may help show some sensitivity. If the number of employees being laid off is too high for a personalised message to each, then at least the facts of the matter need to be stated in clear terms including, what the situation is like for the business and the reasons for the layoffs.

Sriharsha Achar, president – HR, HDFC ERGO General Insurance, recounts the time when a company he worked for was forced to lay off 450 employees overnight. It was post the tragic 9/11 tragedy in the US, which led to loss of business for many BPO companies in India at that time, one of which was where Achar was employed.

The company paid the base salary of the employees for the coming six months from the time of layoff and outplaced them to other sister companies, by vouching for them. Luckily, all of the 450 laid off employees were placed. “At the end of the day, it is all about transparency and a reality check,” points out Achar.

This is yet another way to send across the message that the organisation cares for its employees. Remembering his professional days, Ramesh Shankar Swaminathan, HR specialist, speaks of a time when his company had to lay off 150 employees at a factory plant in Jaipur, which was being closed. When the decision was made to pull down the shutters, Swaminathan, along with the CEO of the company, conveyed the message to the employees including why they were closing down. The HR team at the company gave each employee a choice of location, function and role so that they could be outplaced to a company, which suited them best. While not all of them could be placed, around 120 of the total found new jobs with sister concerns.

“The employees who were redeployed to their new jobs, went away with a renewed respect for the company,” recalls Swaminathan.

Organisations, especially now, need to think carefully about the long-term impact if layoffs and redundancies are not handled carefully. This includes exploring the possibility of redeployment.

While it may be easier for bigger companies to ensure redeployment, smaller organisations can, at the same time, ensure that they use their networks to reach out to recruiting companies and vouch for their employees.

“The employees who were redeployed to new jobs, went away with a renewed respect for the company.”

Sensitivity is the need of our times, especially during such a crisis, which is when employees remember most what their employers did for them. Companies will need to remember that whenever the economy turns around, the demand for labour will rise. At that time, how these companies treated their employees during a crisis is going to be an important factor in deciding whether or not skilled candidates will want to work with them again.

“Some of my former employees are still in touch with me because they remember what we did for them,” shares Achar.

Moreover, layoffs and dismissals affect the existing staff as well, who may record lower productivity after layoffs. Employees will find consolation in the knowledge that their company supports them.

While no one enjoys having to send away people, it would do well for companies to remember that even such an unpleasant task can be carried out with a bit of sensitivity, in a positive and supportive manner.

Why CHROs command the same pay as other CXOs

Invisible faces of your company