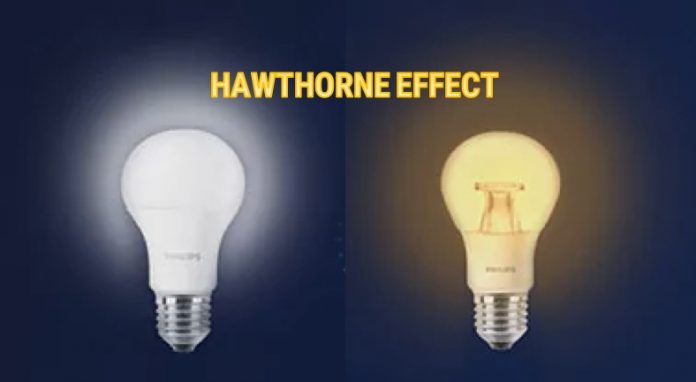 Employees, irrespective of the era they belong to, always desire to be heard and valued; this is what motivates them and ultimately enhances productivity.

In 1924, an experiment was conducted by Elton Mayo, an Australia-born sociologist at the Hawthorne plant of the Western Electric Company, which made telephone hardware for AT&T.

The simple experiment was aimed at evaluating the effect of working conditions on productivity. When the lighting in the work area for few workers was increased, it was observed that the productivity of the workers in that particular bay had also increased. This went on to establish the fact that change improved productivity.

These workers were also part of several other successful experiments in the following years. Their working hours and rest breaks were altered, and they were offered food during breaks. It was observed that every small change brought in an improvement in productivity.

The experiments continued till 1932 and all these changes were reversed assuming that the productivity will fall, but surprisingly there was no fall in productivity levels.

Mayo established that it wasn’t the change in physical environment that increased productivity, but the belief of workers that they were valued, taken care of and that someone was concerned about their workplace. In addition, getting the opportunity to discuss changes before they were implemented contributed to the rise in productivity. This theory has been termed the Hawthorne effect.

This laid the foundation for what we call employee engagement today. It’s a known fact that engaged employees are the most productive ones.

However, Mayo’s experiment has been evaluated differently by different researchers. Many people with a conflicting point of view say that the increase in productivity level was because of the fact that the employees knew they were being observed and that they had to perform better.

Yes, it is a fact that whenever a group of employees are separated from the team and given extra attention and priority, they are likely to perform better. But does that mean that organisations can follow it as a regular practice? Will that not amount to discrimination against others?

However, despite all criticism, what the Hawthorne effect establishes is that employees, be it in the 1920s or a hundred years later, want to be heard and valued. That is what increases their motivation level, and the final outcome is enhanced productivity.

Here are a few ways in which the ‘Hawthorne Effect can be used in modern workplaces.

The Hawthorne effect established that the productivity of employees increased dramatically when they felt they were being heard. In fact, this is a great lesson for today’s leadership, who need to give a patient hearing to their team members.

It’s important to appreciate ideas and many start-up organisations have benefitted from this where younger employees were heard and their ideas appreciated. People are mainly motivated not by economic factors, but emotional factors, such as a feeling of being involved and receiving attention. It is important for employees to feel that their concerns are being heard and that they are contributing to a common purpose.

The Hawthorne effect established that employees tend to perform better when they are being observed. But it has different connotations in the modern workplace. Employees hate being under vigilance 24×7, but yes, they want to be observed. They want the leaders to take notice of their good work, and be appreciated for the same, without being watched all the time. Paying attention to what employees are doing brings in some wonderful results.

3. Right people in the right group

Employees who are usually productive can become unproductive when placed in the wrong group. At the same time, attentive and communicated mindfulness of how others are working may have a positive impact on their engagement and increase productivity. During the Hawthorne experiment, two insubordinate and mediocre workers were replaced by two productive workers, of which one took on the role of straw boss. They discovered that production increased by the replacement of the two workers, due to their greater productivity and the effect of the disciplinary action on the other workers.

Women are increasingly entering male-dominated professions. However, they are often made to feel unwanted by male peers, which leads to low productivity. Employers need to be observant and bring in small changes to make the environment more conducive. The individual attention and the normal human instinct to feel ‘chosen’ will skew the results.

Organisations need to realise that the tools used for motivation don’t need to be in the form of ‘big’ things. Sometimes, small changes work wonders in improving productivity.

How frontline employees were taken care of during COVID-19