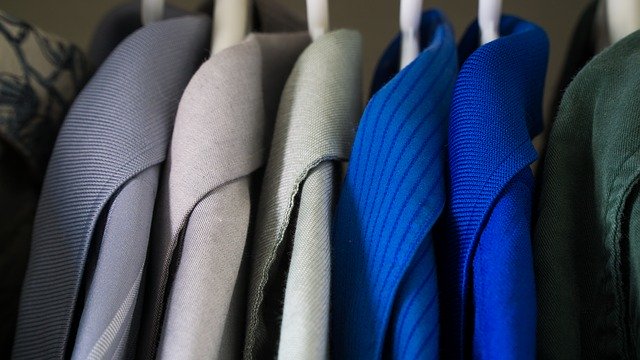 Gig workers are being hired for specialised jobs as well as for manual labour.

The workforce of today is looking beyond tenure and jobs — at purpose, value, experience and learning. That is why, the gig economy of today is burgeoning in India. Fuelled by a growing start-up eco system as well, the members of the gig workforce are able to lead a life they desire, choosing assignments that match their sense of purpose and values, while also allowing them the time and ‘me’ space required to pursue their hobbies and other activities.

Surprisingly, it is not homebound women or the younger generation who dominate the gig workforce, but individuals across sectors such as public relations (PR), software, journalism and consulting. There are different types of gig workers in the market today. While one type is hired for specialist roles, the other is hired as manual labour to save costs.

That is the difference between the white and blue-collared gig workers. The differences are further seen in the type of jobs they take up, the compensation they receive, their rate of attrition and their hiring process. Let us take a comparative look at the two.

The Indian white-collar segment is growing with employers increasingly taking to hiring flexi-time talent for their temporary needs. They are most sought after as consultants who help organisations drive business priorities.

White-collared workers are mostly hired as consultants on projects of strategic importance to a firm and to drive temporary business needs. The roles may be consulting and strategy for small projects, to solve industry problems, such as supply chain issues pertaining to e-commerce, for new-age skills such as building user-experience and user-interface platforms and other functions, such as data analytics and data science. Businesses often hire these freelancers as and when needed, with limited involvement of HR.

While there are online platforms, which aggregate jobs for such skilled talent, primarily because of the strategic nature of the roles, they are mostly hired through referrals and networks.

Companies are at an advantage currently when it comes to gig hiring for the white-collared workforce, as they save on paying retirement benefits and other perks paid to traditional workers. Moreover, they are getting years of experience and expertise at a lesser cost to the organisation.

If it is a long drawn out project then there may be some form of benefit offered but by and large such norms are not yet on the horizon and even if so, they are far and few in-between

At any given point of time, a gig worker may be working with more than one employer. Therefore, it becomes tricky to ascertain who is going to be provide benefits, such as provident fund or ESI. In case there is a platform or firm to hire such workers from, then the onus can be on the firm to provide them the mentioned benefits. However, the case for benefits is not there for either blue or white collared workforce.

Praveer Priyadarshi, former CPO, Jindal Stainless, says, “If it is a long drawn out project then there may be some form of benefit offered but by and large such norms are not yet on the horizon and even if so, they are far and few in-between.”

Anil Mishra, CHRO, Magicbricks, says, “One may provide benefits for employer value proposition, but statutorily, the need is not strong and there are no strict labour laws for independent freelancers.”

Blue-collared workers are primarily hired through platforms, which are again specialised for different roles. For instance, drivers looking for work can approach Ola or Uber, whereas delivery personnel can turn to Swiggy or Milkbasket, and security guards can seek employment through security agencies.

The demand for services in the blue-collar sector has been on the rise. The growing start-up sector and new businesses, such as ride-hailing facilitators and foot-tech companies have facilitated a demand for such services. According to a research report on the growing gig workforce in India, of the total 2.1 million jobs in the blue-collared sector, 1.4 million are in the gig economy.

One may provide benefits for employer value proposition, but statutorily, the need is not strong and there are no strict labour laws for independent freelancers

While the initial pay is decent for these workers, the rate of increment is low, which leads to a high rate of attrition for the industry. Workers change jobs for amounts such Rs 5000. and in many cases, work simultaneously for multiple companies to provide for themselves. The high rate of demand has led to a hike in the minimum initial compensation for these workers.

This also presents a geographical case to be made for these workers. The domains where they mostly work are a result of the new businesses which take root in urbanised cities. As a result, maximum jobs are available in tier-I cities, where the degree of urbanisation is high.

Priyadarshi has recently ventured into the gig workforce himself and speaking on his experience, he says it has been quite rewarding. “This kind of life grows on you over a period of time because the challenges in this role are always new and there is no routine execution of tasks like in a traditional set-up”, he says.

The gig workforce, as a whole, is growing in India and is estimated to take over 25 to 30 per cent of the job market by 2022. There are major differences between the white collars and their blue counterparts. However, one thing is certain— their tribe will grow. The labour laws will need to keep up with the market and only with such growth in numbers, can we expect to see a change.

Is IT losing its sheen as favourite employer?

TCS to democratise hiring with equal opportunity for students from...