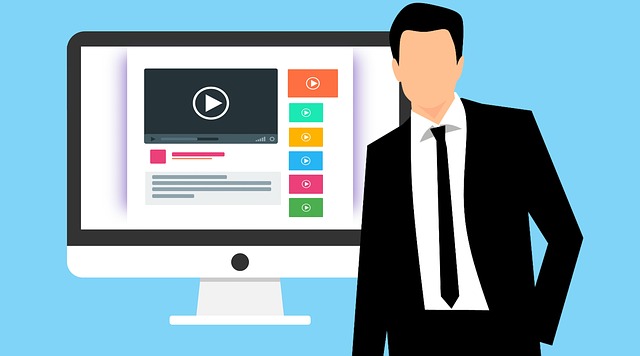 While the traditional resume does an excellent job of listing out top skills, it may fall short on highlighting other skills which may be as important. A video resume in addition to the traditional one, might just do the trick.

At the outset, it should be understood that video resumes cannot be a substitute for their written counterpart. They cannot be used to apply for jobs in every industry. For instance, a video resume will be useless while applying for manufacturing roles or in the medical profession.

A video resume adds flair and personality to the application, while highlighting important skills and competencies, such as communication, clarity of thought or creative skills, such as design and software expertise.

Where should video resumes be used?

While video resumes are effective to highlight useful skills and strengths, they cannot be used for every job role.

In terms of a role where the ability to perform in front of others is important, such as acting, presenting or teaching, such methods can be valuable assets. In addition, in creative fields where interpersonal communication skills and public speaking are required, it can create a good impression on the recruiter. A video can give recruiters a deeper glimpse into the candidate as a person.

Today, when recruiters are concerned about finding candidates who are a culture fit for their organisation, this can provide the additional details to find that right person.

To be on the safe side, it would be prudent for aspiring candidates to first find out whether the organisations they wish to apply to accept video resumes. Except in some cases where the profession demands for these specifically, there are not many jobs, which require applicants to submit video resumes.

Moreover, sending an unprofessional video can put a damper an individual’s chances of being hired.

“Relevance of video resumes can be much more appropriate in customer-facing roles, where the focus is much more on personality, ability to communicate and body language”

For instance, there may be cases where HR will not even see the video out of fear of unconscious biases influencing the hiring process.

When should video resumes be used?

A video resume will be relevant for the recruiter when the traditional resume does not provide enough information to gauge the candidate. This happens typically during the formative years when they are fresh out of universities or when applying for junior-level roles. During mass recruitment, using a video format can make a candidate stand out from the others in terms of effort and creativity.

For instance, in customer-facing roles, it can bring out those extra qualities which may give the candidates an edge over the rest.

Typical interview questions, where candidates are asked to reveal more about themselves other than what has been mentioned in the resume, can be answered with creativity using videos. Questions about the candidate’s future aspirations, career trajectory, confidence and clarity in work can be understood better from a video resume.

Naresh Kumar Puritipati, CHRO, Spencer’s Retail, says it matters at which level of the hiring process video resumes are being used. “After the initial rounds are completed and before going in for the final call, a video resume can be useful. It can be a supplement in addition to the functional qualities mentioned in the traditional pdf.”

Rajeev Singh, CHRO, ATG Tires (Yokohama Group), says, “In typical interviews, it so happens that we ask the candidates to tell us something which is not mentioned in the resume. A video resume can be appropriate for the same. Also, relevance of this resume can be much more appropriate in customer-facing roles, where the focus is much more on personality, ability to communicate and body language.”

Puritipati adds that video resumes cannot be part of the screening process as they may lead to formation of unconscious biases, and organisations can lose out on potential candidates. Moreover, a video resume, if asked for, has to be submitted along with the initial application. Asking again at a later stage will increase the burden of sifting through applications.

“While video resumes do not eliminate any step, they can make the hiring process more robust”, says Singh.

Video resumes are not so popular but they may be catching up soon, because of the benefits they have in highlighting power skills, such as confidence, good communication and clarity of thought process, which prove much more important to organisations in the long run.

To take an example, tech companies are hiring people from the liberal arts background, because of their soft skills. Although in technical jobs it is the performance, which decides who gets hired and who does not, recruiters can put forward additional questions which can be submitted in a video resume. They can be used to enable HR to make better and more informed decisions before taking the final call in hiring and find people who are the best fit for the company.