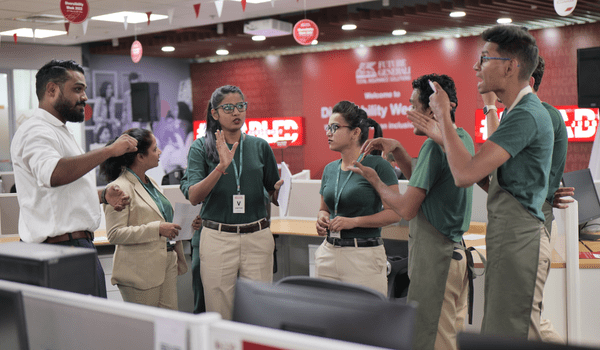 A lot has been said about how people should be empathetic towards the specially abled and how they should be treated as equals. However, how much can mere talk on the subject achieve? To ensure a truly inclusive culture in the organisation, each person in the organisation should be able to empathise with their specially-abled co-workers.

It is impossible to truly understand the struggles and difficulties of the specially-abled co-workers unless employees spend a few hours actually dealing with the same struggles. Future Generali India Insurance Company (FGII) came up with a unique way to create this empathy and sensitise its employees.

The Company wanted to make the employees realise the struggles that their specially-abled colleagues encounter daily, by making them walk in their shoes!

“Merely talking about their challenges will not really bring that understanding, awareness and empathy. We wanted to create empathy by giving our employees first-hand experience of the same struggles that our specially-abled employees go through in their lives,” shares Ruchika Malhan Varma, CMO, Future Generali India Insurance, who also leads the diversity and inclusion agenda at FGII. 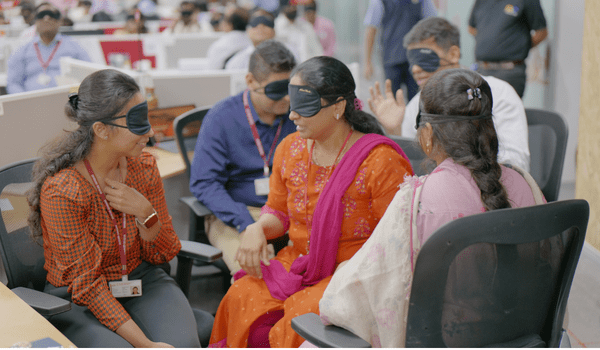 The insurance company recently concluded its week-long event called ‘DiversAbility Week’ with the theme of the event being ‘A day in the shoes of…’.

The even and theme focussed on creating empathy amongst employees by putting them in the shoes of their specially-abled co-workers. The Company did this through various activities organised from 21 November to 25 November.

Talking to HRKatha, Varma shares that the event focused on three kinds of disabilities or impairments — visual, hearing and limb.

On 22 November, the focus was on visual impairment. Employees were given handouts to understand the braille language and were then assigned tasks that involved decoding a message on a card using the braille language. After this, the employees were blindfolded and then asked to identify objects by touching them or feeling their shape and size. This activity was organised pan India in collaboration with an NGO. 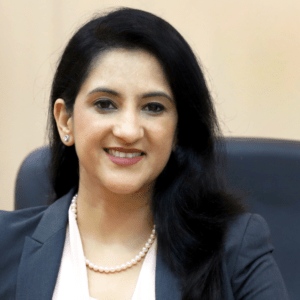 “Merely talking about their challenges will not really bring that understanding, awareness and empathy. We wanted to create empathy by giving our employees first-hand experience of the same struggles that our specially-abled employees go through in their lives”

On 23 November, the focus was on hearing impairment. Employees at FGII’s Vikhroli office in Mumbai, were first given handouts to understand the sign language and were then asked to order lunch using the sign language to communicate with the deaf and mute restaurant staff. For this activity, the Company had partnered with a restaurant that employs deaf and mute people.

On 24 November, the focus was on limb impairment and handicap. A motivational speaker was invited to talk about her struggles arising from her disability and how she rose up to face those challenges.

According to Varma, the event received a fairly good response as almost 70 per cent of the workforce participated in all the activities organised across locations. The activity requiring people to order lunch using sign language was compulsory for all.

“Post the event, many employees came back and shared how different and emotional an experience it was for them,” says Varma with pride.

“We want our employees to look not at the disabilities of the specially abled but at their abilities that can add value,” mentions Varma.

Apart from the above-mentioned activities, FGII also organised a cricket match between the FGII team and a team of visually-impaired players. A dance performance was organised involving specially-abled employees, including those with visual, hearing and limb impairment. 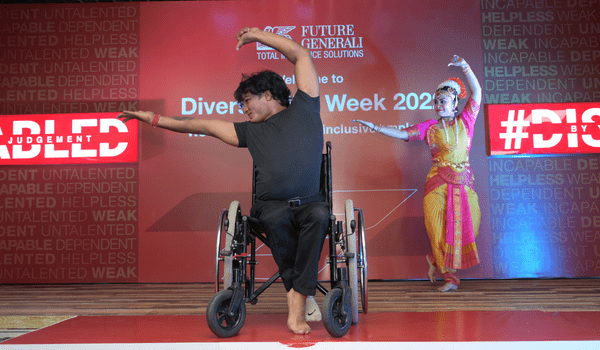 These activities further helped employees to notice and acknowledge the real potential of their specially-abled co-workers.

As a company, FGII takes its diversity, equity and inclusion (DE&I) agenda very seriously. It has a DE&I committee which includes all the CXOs.

Varma admits that the representation of specially-abled employees at FGII is fairly limited as of now, but the Company is working to increase the same in the future. “The challenges we face in attracting specially-abled talent are, the limited talent pool and the lack of the right kind of skills and education amongst this community,” asserts Varma. “We want to be an employer that provides white-collar jobs to such a diverse community in India,” reveals Varma.

She goes on to add that FGII has identified many roles, which can be easily executed by specially-abled employees.

Another area of focus for the Company is the hiring of members of the LGBTQ community and creating an environment that embraces gender equality.

It is FGII’s sincere wish to make its workforce 22 per cent diverse by the year 2024.

“We take our DE&I agenda very seriously and recognise the fact that diversity leads to more innovation in business,” concludes Varma.

Who will you hire: an employee laid off from Google, Amazon, Microsoft or Meta?