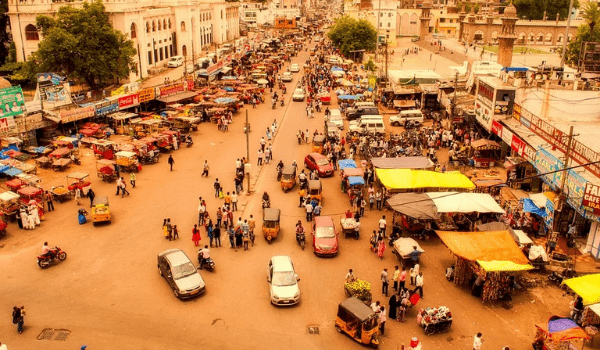 Since July 2021, the Government of Telangana has been urging IT companies to resume work from office in full swing. However, IT employees’ unions and small IT business owners based in Hyderabad do not wholeheartedly support this move.

Sharing his perspective, Vinay Kumar Pyaraka, president of Hyderabad’s IT Employees Association, tells HRKatha, that even though the pandemic looks to have subsided at the moment, the threat of a third wave of infections still looms large.

According to him, “personal losses due to the pandemic have taken a heavy toll on people in the industry. Therefore, a significant portion of the employees are naturally concerned about the safety of their families, as reopening offices means risking exposure to infection.”

Issues with relocating back to the city and resuming operations are not restricted to employees alone. Owners of small-scale IT businesses in the city are not pleased with the idea of bringing back their employees to the city either. At this stage, if a decision to recall employees to the city is implemented, it may lead to the greater challenge of attrition, which could adversely affect business.

Sandeep, a core member of the Association, who owns a small-scale IT business in Hyderabad points out that the level of productivity has only gone up in the IT sector. The recent boom in hiring is only an indication of the same. The sector, even though operationally hit during the onset of the pandemic, made a quick recovery and stabilised within six months.

The biggest challenge being faced by the IT companies at the moment is attrition. Therefore, if the state government actually insists on ending work from home and recalling employees to Hyderabad, these companies will be in trouble. “Given the present condition of the job market, many who do not want to rejoin office will simply switch jobs,” he adds.

Neel, another core member, who also runs a business, pointed out that companies have invested a lot of time and effort in establishing a solid operational infrastructure for work from home, and therefore, a shift back will be rather inconvenient for them in many ways.

The State government’s perspective on the issue has been clear. In 2020, Hyderabad, which is one of India’s biggest tech hubs, housed around 6,00,000 IT employees working across 1,500 IT companies.

As the pandemic hit, a large part of the workforce, which was not native to the city, moved back to their hometowns as work-from-home became the new norm. This movement of the IT employees hit the informal sector of the city, which is, to a great extent, dependent on IT campuses for livelihood. Now, with the vaccination drive having picked up and the pandemic appearing to be under control, the State government is requesting the IT firms to recall their workforces to the city.

However, other than these requests, the State government has not given any clear directives to the companies on ending work from home and calling back their employees.

“We urge the managements of companies to start their offices in the IT corridor. We have ensured that over 90 per cent of the support staff and workers from the unorganised sector, who provide services to the IT sector in the city, were vaccinated,” is all that G Srinivasa Rao, director of public health (DPH), Telangana, said on September 13, according to Telangana Today.

Paneesh Rao, chief human resources officer, Mindtree, says that although the state government is not ‘demanding’ that companies bring employees back to office, he feels that a shift back to office culture would actually be beneficial.

“Having worked from home for almost two years, we have lost touch with the office routine and culture. The rhythm we once had is sort of gone,” he points out. Mindtree has left the decision of resuming work from office to its employees. While the Company is welcoming its employees to work from office, it is not ‘insisting’ that they should. “They have the choice to continue working from home,” he says. According to him, there has been no push from the government for companies to recall their employees immediately.

Jayesh Ranjan, principal secretary, IT and Industries, Government of Telangana, has been campaigning for offices to reopen since July. He has been vocal in expressing his concerns over the frail economic condition that the informal sector has landed in, ever since the lockdown and migration of IT employees. As reported by New Indian Express, Ranjan expects all the companies to reopen by October, post Dussehra celebration.