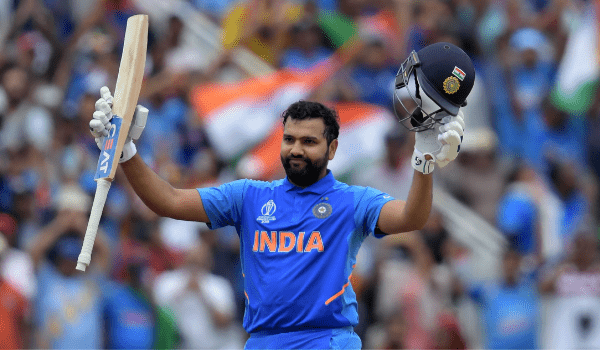 In today’s times, large organisations with rich legacies, across industries, are finding it extremely challenging to retain top talent. With new-age startups mushrooming and COVID-19 redefining the concept of working from anywhere for many roles, the need for retention of existing talent has increased manifold.

A decade earlier, opportunities were far lesser and moving from a well-respected large organisation to a startup would have been considered a huge career risk. It is a no-brainer that the cost of losing top talent is disproportionately high, including leadership time spent in recruitment/assessing culture fit. Also, there is always a possibility of the new hire not being the right culture fit after all, despite having the desired skill sets to excel in the role, which would then lead to further investments in terms of cost and time. This calls for a rethink of the mental model of the way organisations define and manage critical/top talent.

The traditional way of defining top/critical talent has been to look at a combination of the recent performance appraisal ratings, along with potential to grow into future leadership positions. If we plot performance and potential on a 2 by 2 matrix (this is an oversimplification for discussion’s sake and most organisations have far more robust and complex methods of evaluating and managing talent), most organisations tend to focus rightly on top/critical talent, which falls in the ‘high performance – high potential’ cohort.

By employing a mix of on-the job learning, critical assignments, developmental interventions, fast-track career paths and customised career development plans, organisations leave no stone unturned to ensure that this cohort of top talent is set up for success, and retained.

Despite all these efforts, due to factors outside of an organisation’s control, top talent may move out, due for many reasons, such as disproportionate pay hike, unsuitable location, a next-level position, which is currently not vacant in the current organisation and so on.

Let us now focus on the ‘High potential but low/medium performance (lacking in performance consistency)’ cohort. There could be many factors contributing to the performance not being at the highest level for such talent. The leadership has seen potential for such talent to grow into future leaders but factors such as role-fit, external headwinds, low morale, insufficient mentoring due to lack of time could contribute to poor/average performance in the current job.

In some cases, it could be a pure bell curve-forced ranking, which could make the candidate fall in this cohort. Sometimes, it could be a wrong hire call/poor attitude as well. Typically, in talent discussions, this cohort gets far less time devoted to conversation about their career development relative to the ‘high performance – high potential’ cohort due to time constraints and the priority being the latter for the right reasons.

However, this relative lower priority comes at a cost — the cost of not finding like-to-like replacements from within the organisation in case a top talent leaves due to factors mentioned at the start of the article.

What if organisations rethink their mental model and redefine the definition of the top/critical talent cohort from a typical 15 to 20 per cent to a combined 40 to 45 per cent?

What if the same focus in terms of leadership investment in cross-functional projects, leadership assignments in other areas of expertise, higher time investment in mentoring, and so on is given to this cohort as well? Barring differential compensation (which should be rightly on the higher side for the best performers with highest potential), what if all the other elements are applied in same proportion to the other cohort as well?

Let’s digress for a moment and draw an analogy from the cricketing world. Let’s take the classic example of Rohit Sharma, India’s current cricket captain and one of the best openers in white ball cricket over the past decade. Sharma showed early promise and potential (right from his under-19 days). He was fast-tracked to the senior team in 2007 and given a fair share of opportunities to perform for the national team as a middle-order batsman.

However, the runs evaded him for a long time and rightfully, people called for him to be dropped. However, MS Dhoni, the then captain and the selectors, decided to invest in him, in a different role, as an opener.

The confidence, which the then senior management gave to Sharma, along with his own adaptability and delivery, gave rise to a different individual altogether. Today, Sharma is an indispensable member of the team in all three formats of cricket (tests, T20s and one-day Internationals).

Likewise, is the case of Ravindra Jadeja. He started off as a batsman who could bowl. But continuous investment and faith despite low levels of performance in early days, made him one of the best all-rounders for India today.

Dhoni’s mantra of leadership was to give a long rope to players high on potential, give confidence to them even during times of low performance, and the results paid off in the long run.

If these players were fitted in a typical 2×2 performance/potential matrix at the start of their careers, they wouldn’t fall in the ‘high performance/high potential’ cohort. However, they continued to get opportunities to grow and deliver in high-performance environments such as IPL, which only helped them get better.

In the organisational context

Let’s now come back to organisational talent in the second cohort of our 2×2 grid. The first step is to ensure that their potential has been rightly assessed as ‘high’.

Identifying potential: Identifying potential can be very complex due to its subjective nature. However, if an organisation has clearly defined competencies, excellent internal assessors (experienced leaders who understand the cultural nuances as well as the performance/potential standards), with a robust 360-degree stakeholder feedback process, anecdotes, performance delivery in other roles in previous organisations can be gleaned for proper assessment of potential.

Cross-functional abilities/talent: The need to have individuals work in cross-functional/cross- team projects outside of their immediate manager’s ambit becomes extremely critical, as other individuals can see the individual’s strengths and weakness in a different work setting. An interesting idea which organizations could adapt is an internal Premier League, wherein employees can work outside of their teams for 20 per cent of the time and come up with executable projects/ideas (like Google). Some organisations, such as the Mahindra Group have interesting concepts like Shadow Boards, where young talents work with senior mentors on a business idea. Amazon is another organisation which uses 360-degree stakeholder feedback to get specific developmental inputs.

Robust execution: In my view, a combination of all of these with robust execution and audit mechanisms are required to ensure that the funnel widens for defining critical talent in organisations, by including high potential but low/medium performance (minus culture fit/attitude issues/wrong hiring calls, and so on).

Once we have a wider funnel of critical talent identified by a robust process-driven mechanism, it is a win-win situation for both the organisation and employees. The need for this change in the mental model of defining critical talent needs to start from the very top.

Change management is a complex topic in itself. But if accomplished successfully, such an approach will definitely help large organisations bolster internal bench strength. It will give many more employees a chance to exhibit their leadership potential in different work settings and contribute to their professional development. Rohit Sharma and Ravindra Jadeja, would not have made the impact that they have made, if the entire focus was on the first cohort.

What do you think of the pros and cons of this approach? Do you have any alternate suggestions to solve the talent crunch puzzle? Let us know in the comments section. 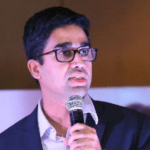 Hari Hara Subramanian is an XLRI alumnus of the 2011 batch with 10+ years of professional experiences in business and HR roles, across diverse industries in large organisations such as the Mahindra Group and Amazon.

Emotions decoded: Should performance feedback focus only on the task?