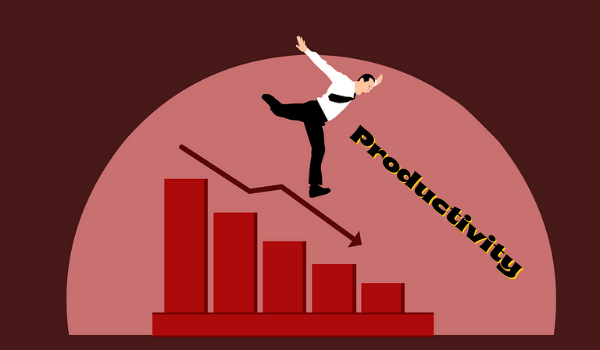 Research has shown that larger firms were far better equipped to sustain themselves during the pandemic. After all, they had sufficient capital and were able to invest in digital tools that enabled and facilitated work from home. Smaller firms, on the other hand, with substantially smaller workforces, bore the maximum brunt of the pandemic. With businesses being forced to close down, layoffs had become common. At the smaller firms, the employees were also less productive during the lockdowns.

An International Labour Organisation (ILO) report confirms that small organisations with less number of employees saw a decline in the number of productive hours in 2020, as compared to pre- pandemic levels. The ILO report mentions that in the 26 countries, which were covered as part of the study, smaller firms reported lesser number of working hours.

As per the data, businesses with only one to four employees saw a massive decline of -12.1 per cent in productive working hours, whereas, firms with four to 49 employees saw a decline of -11.5 per cent. Companies with more than 50 employees also witnessed a decline, but fairly on the lower side with -8.7 per cent. The working hours in 2020 were less compared to the last quarter of 2019.

The reasons for dip in productivity could be many.

Pay cuts and layoffs: The report says that many small enterprises covered in the survey, comprised firms working in the sectors worst hit by the pandemic. Since many businesses in the hospitality and services sectors, involving face-to-face customer interaction were affected during the lockdown, it is likely that they saw a lot of pay cuts due to financial losses, and hence, the employees were not as motivated to work.

“With many small firms being forced to resort to salary cuts during the lockdown, the morale and motivation level of employees was fairly down,” points out Anil Mohanty, head of people & culture, Medikabazaar.

Lack of funds: Unlike the larger enterprises, small firms lacked the funds to invest in collaborative tools or provide appropriate devices such as laptops or desktops to people at home, which contributed to the decline in the number of productive hours.

Performance monitoring challenges: According to industry experts, it has been quite a challenge to monitor the performance at small firms. Appropriate payouts, increments or bonuses would have been a problem too, which would have contributed to the overall dissatisfaction of employees.

Scarcity of resources: The ILO report also mentions that the overall output level per hour of larger firms was way higher compared to that of the smaller companies, since they had adequate human resources to work for them.

“While larger firms have two to three people working in the same role, smaller firms do not have that advantage,” explains Siddharth Vishwanathan, head – HR, Zivame. He elaborates that in a small firm, if one person falls sick there is usually no replacement, but larger firms do have people to cover for such absentees, which ensures continuity of work.

However much the large firms may claim to have witnessed no decline in productivity, the ILO report reveals that, globally, all large and small firms have experienced some decline in the number of productive hours.

During the second quarter of 2020, there was a decline of -18.7 per cent in terms of working hours, globally. Of course, when companies got a grip on themselves and began to cope, they were able to adapt to the new environment, and soon, this figure rose to -4.5 per cent in the last quarter of 2020.

In 2021, globally, the working hours remained fairly steady at -4.7 per cent. Yet, the productivity level of employees has failed to return to pre-pandemic levels till now, reveals the ILO report.

“Firms must have seen some form of productivity loss, and in all likelihood, businesses working in the worst-hit sectors would have witnessed major decline in working hours,” asserts Vishwanathan. 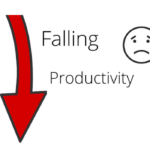