The world is full of examples glorifying women leadership and their courage and ability to lead. In India too, there are multiple examples of women making a mark across fields, from sports to politics. However, when it comes to the corporate world, we are still lagging behind.

A recent Deloitte report on women in the boardrooms around the world, shows that over the last six years, India has seen a decline in the number of women CEOs. As per the Deloitte study, in 2016, the share of women CEOs in India stood at 6.6 per cent, but declined to 3.4 per cent in 2018, and in 2021, it stood at a disappointing 4.7 per cent only, way below previous levels.

There is more data available to add to this disappointment. Fortune magazine states that in 2020-21, the Fortune 100 companies in India had only five women CEOs namely, Soma Mondal, director, SAIL; Anamika Roy Rashtrawar, director, IFFCO; Padmaja Chunduru, MD, Indian Bank; Vinita Gupta, CEO, Lupin and Zarin Daruwala, CEO, Standard Chartered Bank India. That is not all. Mondal and Daruwala were the first ever women CEOs appointed in the history of their respective companies! 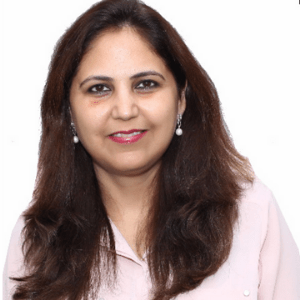 We see and hear of a lot of companies committing to empower women and support them in their climb up the corporate ladder, but it seems that all that was just big talk that failed to fructify in reality. That may be the reason why the news of someone such as Alka Mittal taking charge as the MD of ONGC grabs headlines and creates a buzz that lasts a long time. After all, it is very uncommon for women to take up such a position unlike a man taking charge as CEO, which is pretty normal.

Why have initiatives to push women up to the topmost level of the hierarchy failed to bear the desired results? Is there something wrong in the approach?

Gender bias is hard to shrug off

Seema Bangia, VP & chief people officer, Mahindra Agri, Defence and Aerostructure, believes that gender bias still exists in the Indian corporate sector. Although many initiatives are taken, the ground reality is very different from what is seen or heard.

“Over the years, thanks to the way human brains are wired, a mindset has been created leading people believe that women are incapable of taking up certain positions at the corporate level,” states Bangia. That surely does explain why women are rarely considered for the top spots in the hierarchy in India Inc.

Bangia goes on to explain that for some initiatives to be successful, there needs to be buy-in from everyone, especially the senior executives, but this generally does not happen in organisations.

“Buy-in on a lot of DE&I initiatives is still missing from the top management in India Inc., which is probably why Indian companies have failed to produce women CEOs,” feels Bangia.

HRKatha also spoke to Anup Seth, chief diversity & inclusion officer, Edelweiss Tokio Life Insurance, who seems to think the findings of the report were not unexpected. “For me, the findings of this report are not entirely surprising, but simply a reflection of the structural biases that exist against women,” says Seth.

According to Seth, the problem is in the gap between belief and behaviours in organisations. The token gestures to promote gender diversity in companies do not go a long way because our ancient beliefs — that certain jobs are not meant for women — still exist. 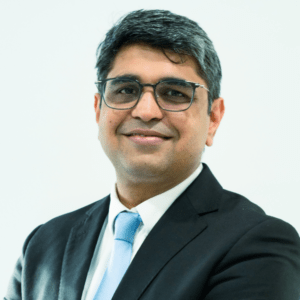 “The token gestures to promote gender diversity in companies do not go a long way because our ancient beliefs, that certain jobs are not meant for women still exist”

“There are jobs that are ‘typically’ meant to be carried out by men such as money management and house repairs, while women are relegated to cooking, child rearing, care giving and so on. Although women have been included to some extent, the ecosystem, in general, is not truly inclusive. We are stuck in our so-called traditional gender roles, which is the primary and major roadblock to achieving diversity in the workplace,’ explains Seth.

Another reason why women miss reaching the highest spot in organisation, is the shrinking pipeline of women leaders in the corporate world. The global trends reflected in one of the IBM reports from 2021, reveal that from 2019, the pipeline of women leaders has been depleting and that there has been no change in the number of women at C-suite levels. At the junior professional levels, the number of women professionals decreased from 37 per cent to 35 per cent, while at senior professional levels it depleted from 34 to 30 per cent. At the level of senior vice president, the numbers keep dipping. In 2019, there were 18 per cent women at senior vice president level, while in 2021, it came down to 13 per cent!

Interestingly, from 2019 to 2021, as we go higher up the corporate ladder from junior to senior level, women’s representation seems to fall faster, which means that the pipeline is clearly depleting, and that too at a faster pace as we go up the hierarchy.

While the overall performance and representation of women in other roles may be up for debate, as per the recent Deloitte report, the number of women CFOs is steadily increasing in the Indian corporate sector, which is truly a positive sign. Two years ago, this number stood at 2.5 per cent, but in 2021, it increased to 3.9 per cent which is very heartening. Globally too, the number of women CFOs stands at 15.7 per cent, which is a significant increase from 2018, when it was 12.7 per cent.

As Bangia suggests, the agenda of DE&I should not be dealt at the functional level, but at the board level. “Create gender sensitisation more at leadership level, create mandate for Board like CSR and create more women leaders from middle management,” shares Bangia.

Seth believes that involvement of CEOs is required to increase women’s representation and that it cannot be achieved simply by making policies.

550 women drivers for government and public-sector vehicles in Kerala

The case of diversity in board rooms