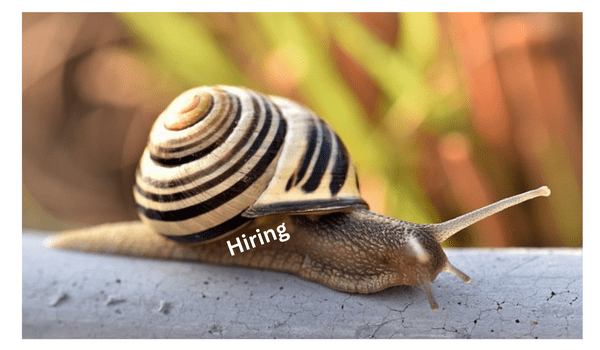 Looks like hiring is slowing down everywhere, and not just in the Indian information technology space. While hiring had gone up initially, it seems to have dropped considerably of late, with Indian IT companies hiring smaller numbers than expected.

After a funding winter for the startups, it is now going to be hiring winter for most companies, IT firms in particular. Many companies have imposed a hiring freeze, not just in India but globally. Many reports suggest that companies are looking at trimming their workforces and even slowing down their digital transformation processes that had picked up pace post the pandemic.

Tata Consultancy Services (TCS) has hired only about 9,800 people in the second quarter compared to the 14,000+ it had hired in the first quarter.

In the previous financial year, TCS’ hiring had peaked in quarter four when it added over 35,000 people. In the second quarter, even Infosys added only about half (about 10,000) of the number of new hires it had added in the first quarter (about 21,000). Wipro added just over 600 people in the second quarter, compared to about 15,000 in the first quarter.

In short, the four major IT companies in the country have together hired 28,000+ people, which is way less than the over 52,000 they hired in the first quarter.