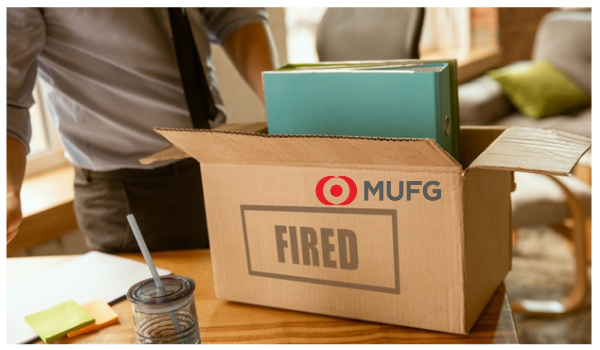 MUFG Bank, which was formerly Bank of Tokyo-Mitsubishi, has laid off 26 of its staff in India, including 18 officers and eight workmen. Some employees, who were working from home, were unceremoniously terminated over the phone itself, without any warning. The dismissed staff members, including women, are now gearing to file a complaint with the Labour Commissioner for reinstatement, as disclosed by the All India Bank Employees’ Association (AIBEA). Alarmed by the manner in which the layoff was carried out, AIBEA calls this termination illegal and has written to the Finance Minister protesting against the same.

The employees, some of whom have served the Bank for over three decades, had no clue of the layoffs. In fact, the layoffs come as a shock since the Bank was not performing poorly and had even hired a few people in Mumbai. The Bank has branches in Delhi, Chennai, Mumbai, Bengaluru and Neemrana (Rajasthan), with a total workforce of about 400.

According to some employees at the Delhi branch, bouncers were engaged to ensure that the staff members left and also gave up their identity cards. They were not even given sufficient time to gather their belongings before leaving, being told instead that their belongings would be couriered to them!

A few employees were told over the phone that 11 months’ salary would be deposited in their bank accounts along with the salary for three months’ notice. They were also instructed to fill in the required forms and documents to get their gratuity and provident fund processed.

SBI to recruit 14,000 employees, VRS was not a cost-cutting measure