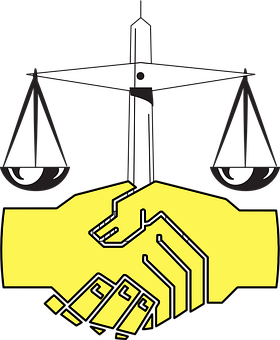 United Parcel Service (UPS), an American package delivery company, will pay US$ 4.9 million towards settlement of a religious discrimination lawsuit. The Company was accused of excluding certain staff members from promotion opportunities— based on its strict appearance policy— because they belonged to certain religious groups.

The class religious discrimination lawsuit was filed by the US Equal Employment Opportunity Commission (EEOC).

It was alleged that the Company’s strict appearance policy prevented the Muslims, Sikhs, Rastafarians, and staff members from other religious groups from equal participation in the workforce. As a result, their promotion opportunities had also been affected over the years.

It is reported that UPS prohibited the men in its workforce, who were in supervisory or customer-contact roles—including delivery drivers— from maintaining beards or keeping their hair beyond collar length.

UPS was also accused of not hiring or promoting people whose religious practices clashed with its appearance policy. It is alleged that the Company assigned people with beards or long hair to non-supervisory or back-end roles where they would not come into contact with the customers.

As per the Civil Rights Act, employers are prohibited from discriminating against employees on the basis of their religion. The Act also requires employers to reasonably accommodate employees’ religious beliefs unless and until such accommodation requires the employers to undergo undue trouble.

The lawsuit filed in 2015 claimed that UPS had forced its employees to choose between violation of their religious beliefs and career advancement at work.

As per the terms of the five-year consent decree, UPS will now pay USD 4.9 million to a class of existing as well as ex-employees and applicants.