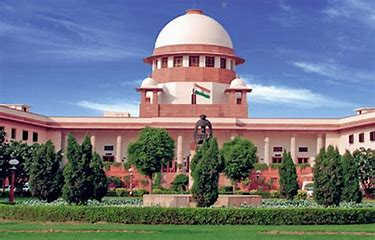 The Supreme Court of India yesterday passed a path-breaking judgment, which ruled that ‘special allowances’ were actually part of the basic pay but only presented as allowances to avoid contributing towards PF. It also ruled that in order to be considered as ‘special allowance’ the employers will have to furnish proof that the concerned employee put in extra work and produced extraordinary results, over and above what was expected of her/him as compared to others in the same category.

The judgement was passed by SC in the appeal raised by the Provident Fund Authorities in The Regional Provident Fund Commissioner (II) West Bengal (as the appellants) vs Vivekanand Vidyamandir & Others (as the respondents). The Court also took for concurrent clearance two other similar cases, which were pending before it in the Uflex and the Surya Roshani cases.

All the appeals raised a common question of law — Whether the special allowances paid by an establishment to its employees would fall within the expression “basic wages” under Section 2(b)(ii) read with Section 6 of the Provident Fund Act for computation of deduction towards provident fund.

The crux of the matter is quite simple. Most companies had been mindlessly designing their compensation structures—which were offered to their employees at the time of appointment— such that they managed to reduce their contributions to the PF, by breaking up their higher basic salaries into various allowances.

This was because the companies erroneously believed that contributions to PF was only to be made on the basis of what was classified as ‘basic salary’, as defined under the PF Act. They have all the while been believing that no PF contributions were to be made on other special allowances, thus reducing their liabilities for contributions.

The Supreme Court examined the wage structures and the components of salary of the various establishments purely on facts. It arrived at a factual conclusion that the special allowances in question were essentially a part of the basic wage, which was camouflaged as an ‘allowance’ so as to avoid deduction and hence, make lesser contributions towards the PF account of the employees. The appeals raised by the establishments did not therefore merit any interference from the SC. Conversely, for the same reason, the appeal by the Regional Provident Fund Commissioner was accordingly upheld.

If the ‘allowances’ were to be considered as special over and above the basic salary, the companies will have to produce proof to show that the concerned workmen/employees had become eligible for the ‘extra’ or ‘special’ allowance because of their ‘additional’ work. That is, work they have done over and above what was normally expected of them and others in the same category. In none of the cases in question was there any such proof available. Therefore, on the basis of facts, the Supreme Court rightly ruled that the allowances were actually part of the basic wages, which were simply masked as allowances to reduce contribution to PF. 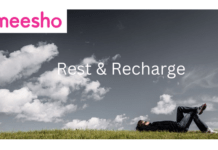 Liji Narayan | HRKatha - September 19, 2022
0
The new rates would be effective from July 11, 2022, and the labourers will be given arrears The Government of Sikkim has hiked minimum wage...