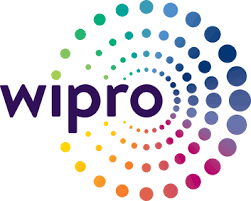 The employees of Wipro have alleged that the Company makes them spend their earned leaves during client shutdowns. The Forum for IT Employees (FITE) has entered the scene and has approached the assistant labour commissioner to help resolve the issue.

The Indian information technology and consulting company has been accused of forcing its staff to avail their earned leaves during client shut-downs. As a result, the employees are deprived of the opportunity to avail paid leaves at other times—in emergency cases— when they really need the leaves during the year. If they do take leaves at other times, these are deducted from their next cycle. The employees are often left with a negative balance in terms of leave, which leaves them struggling during emergencies.

The assistant labour commissioner has declared that this practice of declaring leave (often ten-day long), during client shut-down, against which the employees’ earned leaves are deducted is illegal, and demanded an explanation from Wipro Technologies.

The staff of Wipro has been complaining about almost 50 per cent of their leaves being deducted during client shutdown periods, leaving them with no option but to take unpaid leave during family emergencies.

The Forum for IT Employees asserted in its letter to the assistant labour commissioner, Pune that employees should have the freedom to avail their hard-earned paid leaves, which they rightfully deserve, during their times of need /family emergencies or for their personal work, as and when required.