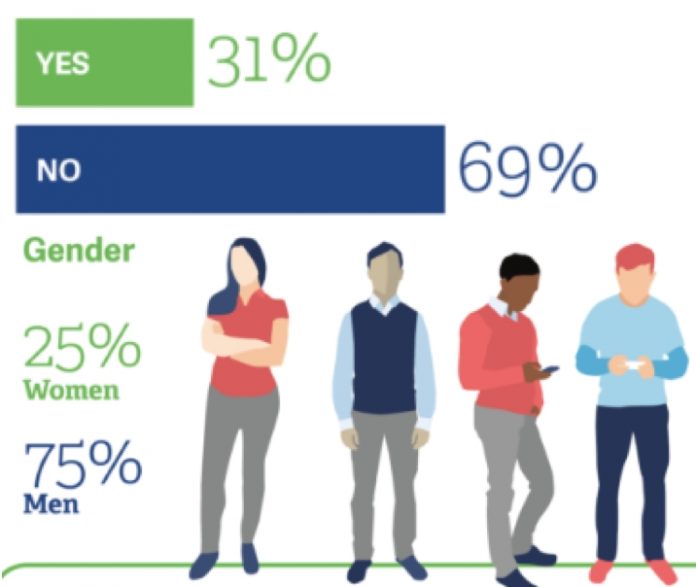 Among those who approve of this form of alternative money, 75 per cent are men and 25 per cent women.

Whether or not crypto money becomes the alternate currency, its acceptability certainly seems to be increasing.

According to a survey by Sage among 1000 people, 31 per cent of the respondents said they would be happy to be paid in cryptocurrency. This also means that 69 per cent of them weren’t ready to do so.

Between men and women, the former are three times more in favour of a salary in cryptocurrency. Among those open to receiving crypto money, 75 per cent were men and 25 per cent women. This is not surprising because the current landscape of Bitcoin ownership shows that 90 per cent of owners are male. However, what’s interesting is that despite low share of women in current ownership, the eagerness to move to cryptocurrency was more visible among them.

There were also some surprising results within age groups. As expected, the age group most interested in being paid in cryptocurrency was 25–34 years, leading the charge with 33 per cent. This steadily decreased with the increasing age of respondents. However, those in the 65+ age group were more likely to answer ‘yes’ than those in the below 55–64 age group.

The study also tried to find out what percentage of their income people would be interested in receiving in this new form of currency. The majority here were on the risk-averse side, with 37 per cent willing to receive between 1–20 per cent of their income in crypto money—preferring the lion’ share of their income to be paid in fiat money.

Odisha gets $119 million from World Bank for higher education