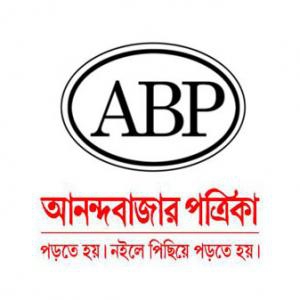 In the newspapers business, not just for classified ads, but even for display ads the payment is done in cash, especially by local traders and local brands such as hosiery, saria, real estate and masala. Due to monetisation, this business is certainly affected.

It is estimated that around 40 per cent of the total workforce of 1,200 in its print business – Ananda Bazaar Patrika and The Telegraph – will be asked to move. In fact, journalists who are part of the Wage Board have also not been exempted.

The industry is abuzz with the news that this retrenchment was advised by a consultant — Hey Consultancy — hired by the Group to suggest ways to reduce costs. This consultancy has recommended a retrenchment of more than 45 per cent. This pink slip will be given to journalists under all three categories —wage board, company scale and contract workers or stringers.

It is learnt that the newspaper publisher sent notices (read pink slips) to a set of journalists informing that they would continue to get an amount equivalent to the basic pay at the present rate, till their due time of retirement.

The notice clarified that all journalists under the wage board will have to accept the company’s offer and will have to complete the formalities by 15 January, 2017.

Recently, the company also reduced the retirement age from 60 to 58, which forced many people to end their career with the publication.

In fact, even in 1997, the ABP group had gone through a major retrenchment drive on the recommendation of McKinsey, following which 600 employees lost their jobs.

People are quite skeptical about the future of these journalists who have been served the pink slip. The situation will be worse because the industry doesn’t have the capacity to absorb such a large number of professionals. When DNA was launched in Mumbai, it needed around 700 journalists and the workforce of the existing, English press was reduced to half. Now, to accommodate these many journalists retrenched by the ABP group, the industry needs another newspaper.

In both, the Bengali daily, Ananda Bazaar Patrika and the English daily, The Telegraph, not only has there been a drop in pages, but many of the supplements have also been discontinued making several jobs obsolete.