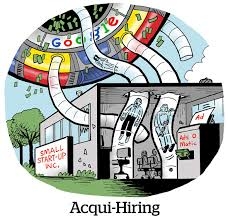 These engineers have been working closely with Google on the Pixel smartphone line.

In a $1.1 billion deal with HTC, Google will take away about half of HTC’s research and design division, which means that around 2000 engineers, who work in this team will now be called Google employees.

These engineers are not new to the Google stable. They have been working closely with Google on the Pixel smartphone line.

Rick Osterloh, senior vice-president, hardware, Google, announced in the company blog, “I’m delighted that we’ve officially closed our deal with HTC, and are welcoming an incredibly talented team to work on even better and more innovative products in the years to come.”

Though these engineers will move to Google, they will not move to the US. These employees will be based out of Google’s innovation and engineering hub in Taiwan.

The expansion will make the Taipei-based unit the Company’s largest engineering department in the Asia-Pacific region.

Even for HTC, this deal is a win-win situation. The mobile phone company is now richer by a few billion dollars and at the same time, it is lighter by 2,000 employees.

Experts say that it’s business as usual for HTC. Though this acquihiring will create a dent in its research team, the Company can live with it. HTC will now focus only on a few premium models.

The agreement also includes a “non-exclusive license for HTC intellectual property.” Presumably, the IP is a new phone that is already in the works