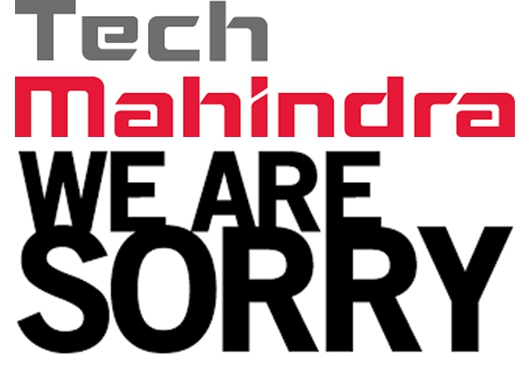 An HR executive at Tech Mahindra ordered an employee to resign the very next morning before 10 a.m. or else be prepared to receive a termination letter and an audio clip of the conversation went viral. However, unlike many other companies, the top boss did not shy away from the fiasco, and had the courage to accept and apologise publicly.

Firing can get so brutal at times that the employees might not even get a few days to accept their fate. In one such recent case, an HR official at Tech Mahindra blatantly told an employee to voluntarily resign before 10 a.m. the next morning or else he would anyway receive a termination letter as part of a corporate decision, soon after. The shocking conversation that happened over a call was recorded by the employee concerned and went viral on social media. Following the incident, the top management, including group chairman, Anand Mahindra, issued a public apology condemning the act.

The entire episode has stirred up the IT industry, which is going tight on costs, with layoffs happening across various organisations. At the same time, it also raises various doubts about corporate ethics during such times. The way the case was dealt by the HR representative at Tech Mahindra, was evidently inhuman and unacceptable. In the audio, the HR executive can be heard telling the employee that if he wished for a smooth exit, he should put down his papers the very next morning before ten, after which he would anyway be issued a termination.

While the employee can be heard pleading for more time, the HR executive shows no mercy and further rudely tells him that it is a corporate decision and also argues with him on why he signed the offer letter ignorantly in the first place, if he had issues with management decisions. The employee is left helpless with no choice but to resign and the HR executive’s tone in this conversation has no trace of concern whatsoever for the employee, whose career is at stake.

It certainly makes people across industries and organisations wonder about the way people are dealt with during cost optimisation drives, where it appears that nothing else matters to the company than its own benefit. The audio clip is proof of how workplace harassment and unethical behaviour can give individuals a tough time and leave them in the lurch.

However, trying to control the situation, Anand Mahindra took to the social media to publically apologise for the HR executive’s behaviour. “I want to add my personal apology. Our core value is to preserve the dignity of the individual and we will ensure this does not happen in future,” he tweeted. This reflects highly of the leadership at Mahindra, which did not shy away from the fiasco, and had the courage to accept and apologise.

In addition, CP Gurnani, Tech Mahindra’s CEO also mentioned on Twitter that the company regrets the episode and has taken requisite steps to ensure it doesn’t happen again.

The question remains as to whether HR is missing out on its role as a peacemaker or humane support provider, at a time when the organisation decides to go harsh on its people.