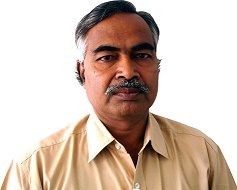 Bagdalkar, who has spent 33 years with BEL has been instrumental in taking BEL Bengaluru to new heights.

Bharat Electronics Ltd (BEL), a Navratna PSU under the Ministry of Defence, has appointed a new HR director. R N Bagdalkar took charge on Monday, 23 January, 2017, the company informed the BSE on Monday.

Bagdalkar, who has spent more than 33 years with BEL joined the company in 1984 after completing his engineering in electronics and communication. A year later, he was moved to BEL-EMD Hyderabad as part of the core team. He spent 27 years in Hyderabad, where he worked on D&E, testing, system integration & installation, and commissioning of electronic warfare (EW) systems. After working on various EW systems, he went on to head the state-of-the-art Intelligence Electronic Warfare Project for the Indian Navy.

At Hyderabad, Bagdalkar and his D&E team successfully completed various projects for the Indian Navy, Indian Army as well as for exports. He can be credited for initiating a number of in-house technology development modules, which will be the basic building blocks for futuristic EW systems.

In July 2012, Bagdalkar was moved to the corporate office and was elevated as general manager-technology planning. However, within six months he was again moved back to Hyderabad.

The Bengaluru unit of BEL had some stupendous growth under Bagdalkar’s leadership. It achieved a turnover of Rs 550 crores, which translated to a revenue of Rs. 1 crore per employee.

In 2016, Bagdalkar was promoted as executive director.

Bagdalkar completed his PG diploma in computer systems in 1987 from the Institute of Public Enterprise, Hyderabad.