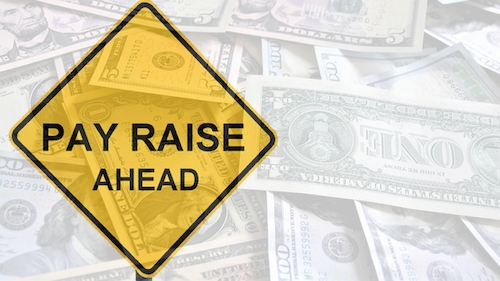 Wages and salaries rose 0.5 per cent in the second quarter and 2.8 per cent for the 12-month period, while benefits costs increased 0.9 per cent and 2.9 per cent, respectively.

The US economy seems to be finally back on track with compensation for workers rising to a nearly 10-year high in the second quarter, even as inflation remains a concern for the economy.

The employment cost index (ECI) increased 0.6 per cent for civilian workers in the three-month period ending in June, according to a Bureau of Labour Statistics. This brought the 12-month rate up to 2.8 per cent—the highest level since 2.9 per cent in the third quarter of 2008, amid the financial crisis and the Great Recession.

There have been no significant wage gains, with average hourly earnings barely witnessing any rise keeping pace with inflation.

In the past year and a half, the ECI has seen a steady rise. The index had struggled to stay above two per cent for most of the period following the recession, as the Federal Reserve kept interest rates low and inflation remained well below historical norms. However, the index has been climbing steadily from the 2.2 per cent level, just before President Donald Trump assumed office.

“With the labour market tightening, stronger wage pressures should continue to feed through into higher inflation over the rest of this year,” said one of the US economists.

On the other hand, the private industry compensation was up 2.9 per cent, a substantial rise from the 2.4 per cent recorded as of June 2017. Government compensation increased 2.3 per cent for the period, which actually was a pullback from the 2.6 per cent gain recorded in June 2017.

Industry-wise, sales and related jobs recorded a 3.5 per cent gain while transportation and material moving rose 3.4 per cent. Hospital work showed the smallest gain at 2.2 per cent.