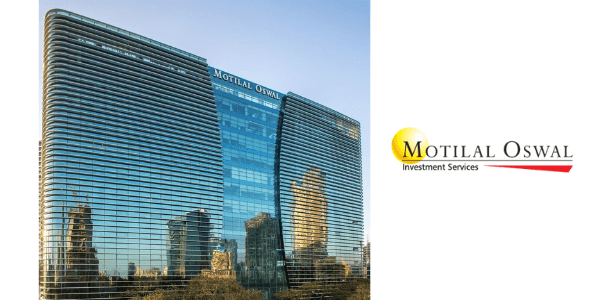 During these times, when companies across the globe are being forced to either lay off their valuable employees or furlough them in order to manage budgets and keep businesses going, Motilal Oswal has announced variable pay and promotions for its staff. This is clearly in line with the organisation’s philosophy of valuing employees at all times. In fact, the announcement is part of the normal and ongoing practice that the organisation follows.

“Both bonuses and incentives are performance linked and based on the performance of each employee in FY 19-20. The last month of the FY was challenging and dynamic, as it led to implementation of lockdown and work-from-home, which obviously impacted the year-end performance. However, there is nothing to take away from the employees who have performed throughout the year,” asserts Dhar. Therefore, the Group’s employee base of over 6000 people were provided with an average bonus payout of 18 per cent at Group level, and average incentives of 20 per cent.

Further, Dhar reveals that despite the lockdown, as an organisation, Motilal Oswal managed to seamlessly complete the performance appraisal exercise by end of April, 2020, thus, providing the base to work on the variable pay to be declared for the employees.

Therefore, in a way, by making the announcement, the management at Motilal Oswal claims that the organisation has ensured that the employees receive what is due to them, and what they have rightfully earned throughout the year.

The promotion process for the organisation is based on ‘merit’ and ‘potential’. At Motilal, promotions are carried out twice a year. While junior to mid-level promotions happen in April/May, the senior promotions take place in Sept/Oct every year. Hence, this year too, the exercise was completed in a similar manner, just as in the past years. The only difference being that appraisal discussions with reporting and skip-level managers happened over virtual platforms.

Support from the technology team ensured that all employees were able to access work-related and HR applications, while working from home during the lockdown phase. This helped the successful completion of the appraisal process on the system along with the discussions.

“Just as in previous years, the current promotion announcements were for all for junior to mid-level roles, accounting for about 490 employees. The entire promotion process was well defined, as usual, with a policy to shortlist employees.

The nomination process adopted a bottoms-up approach, ensuring that the shortlisting was carried out at different levels. The names were discussed with every CEO before the list was finalised, ensuring all were evaluated basis ‘potential’ and not just performance and tenure in the organisation.

Dhar elucidates, “The current announcements were basis the performance of FY 19-20. Since the work from home (WFH) concept was implemented from mid-March, 2020, the experience was not considered during assessment. However, the WFH factor will definitely be an effective criterion this year. More importantly, the effectiveness and smoothness with which functions were carried out within the organisation, with WFH efficiency, will be of prime importance.”

“As an organisation, we truly believe that variable pay and promotions are what individuals have strived for in the last FY and it would be unfair to hold back things they deserve. Therefore, the organisation made the announcements exactly like previous years, the only difference being this year we announced in May instead of April.”

During the lockdown phase, the management realised that employees would need cash in hand, epecially those in the smaller salary brackets. With the lockdown getting extended and WFH becoming the new norm, many workers also wished to go return to their home towns. The need for liquid cash was very evident.

“The organisation decided to pay salaries to employees in advance. This meant, making cash available five to seven days prior to the actual date of salary payment. Again, there was no change in the salary amount. The employees were all paid their normal salaries without any cut. The organisation ensured that the money for salary disbursement was arranged in advance, to meet the liquidity needs of the employees,” reveals Dhar.

“Surely, this wouldn’t have been possible without each leader and employee working in alignment and being fully committed to the task. Once the performance-review ratings and discussions were completed, the HR initiated the discussions to finalise the variable payouts and also the promotion nomination process,” shares Dhar. The entire exercise was carried out in exactly the same manner in which it has been done over the years.

There have been no changes in the overall process and no new HR policy has been created by the organisation. The management has simply ensured that everything operates in a normal manner. Naturally, all this proactiveness and efforts to sustain normalcy received loads of internal appreciation. It also ensured that other than WFH, there was no change in approach towards working.