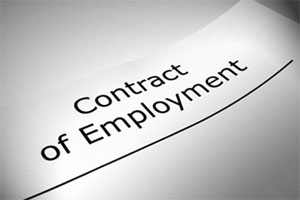 In a move that will bring cheer to contractual workers in Delhi, a labour panel has recommended direct work contract with workers who are currently hired through outsourcing agencies.

It is aimed to offer benefits directly to workers rather than through outsourcing agencies.

In its fifth meeting, the Delhi Contract Labour Advisory Board chaired by Labour Minister Gopal Rai noticed that the current system of outsourcing doesn’t ensure payment of full provident fund (PF) to the contract staff and also increases the department’s fund’s outgo to agencies as charges and taxes.

In the proposed move, the workers employed through outsourcing agencies will be hired directly and their wages and entitlement under various labour laws will be compiled by the department itself. “To ensure effective supervision, management and compliance, the Board has also proposed appointment of a labour welfare officer by various departments. This will relieve officers putting in extra work,” said Rai.

It will help the Government save on the monthly agency charges being paid to contractors by departments and also GST on bills. If there is an additional need to hire personnel on contract basis, the department may obtain suitable candidates through an outsourcing agency, which will be taken on direct contract by the department. The shift will also streamline the process of releasing wages and payments made in EPF and ESI.

100% reservation for Kannadigas in blue-collar jobs in Karnataka’s pvt. sector