In an endeavour to ensure operational efficiency, Google has been trying to cut costs. In doing so, the tech major has decided to cancel half the projects that its employees at Area 120 were working on and focus on AI-first products.

Area 120 is Google’s R&D division wherein employees get the opportunity to work full-time on their experimental ideas. The staff here has managed to create many exciting features and innovations.

Now, not only has the team been reduced in size, but 50 per cent of its projects have been cancelled so that focus can be shifted to AI-related projects. That means, instead of the 14 projects the division was working on, there are only seven projects being worked on now.

The staff at Area 120 who were working on the cancelled projects have been informed of the decision to scale down and the affected employees have reportedly been asked to look for other projects to work on within Google by January 2023. If they fail to do so, they may have to leave, according to media reports.

Some of the cancelled projects were related to various initiatives pertaining to financial accounting (for Google Sheets), analytics for augmented and virtual reality, shopping and climate.

With the Google CEO having begun to emphasise on productivity of late, this does not really come as a surprise. He had already indicated recently that the Company may have to reorganise teams and even lay off people. 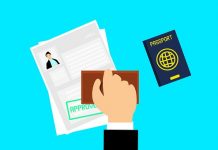 PhonePe and Flipkart split to allow the fintech company to go...