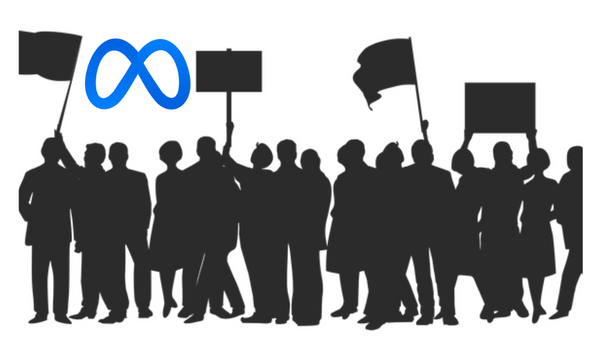 With Meta, earlier Facebook, considering downsizing, many contract workers marched in protest at the Company’s headquarters. These unionised workers are seeking fair contracts.

As per Almanac News, more than a 100 service workers belonging to various unions were part of the march on the campus of the Company.

The participants included drivers, janitors and cafeteria staff among others, who are demanding that Meta and Canon Business, its subcontractor, give them fair contracts. These protestors wish to draw attention to the fact that they are indispensable to the growing IT businesses. The workers’ attempts to unionise were reportedly not approved by The Canon Business.

Meta, however, maintains that it appreciates the fact that the employees of its vendors are organised and unionised, and that its partnership with these vendors is creating lucrative union jobs.

Mark Zuckerberg, founder, Meta, had revealed the Company’s intention to reduce team size over the next one year, given the economic slump and its adverse effect on digital advertising-related business. The aim is to move resources and energy to other areas within the organisation.

Zuckerberg had reportedly revealed his intention to allow leadership the liberty to decide where to downsize and how much, and how to go about restructuring the teams without compromising on the Company’s future goals.

Those fighting for the rights of the workers feel that Facebook should at least be open to bargaining in a just manner so that every worker is respected and heard.