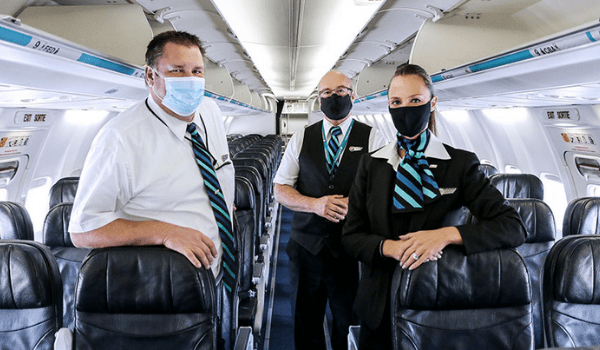 Canada-based WestJet and US-based United Airlines have warned their employees of termination if they refuse to get inoculated before the deadline set by them.

WestJet employees have been mandated to get their vaccination status attested by September 24 or get both their doses by October 30. Future hiring will also be based on full vaccination of candidates. There is no option for regular testing for those who do not want to get vaccinated. After October 30, the unvaccinated employees will be sent on unpaid leave for a month, which will give them enough time to decide on whether to get inoculated or not and get their first jab at least. If not, their services will be terminated with effect from December.

United Airlines has set September 27 as the deadline for its workforce to get inoculated. However, exemptions will be made for those who have medical issues or are avoiding vaccination for religious reasons. The deadline will be extended for them by five weeks. If they fail to get their jabs by then, they will be terminated or sent on unpaid leave.

The American Airlines has clarified in a statement that medical exemptions will only be made once medical staffers have examined the applications or requests for the same. Exemptions based on religious beliefs will be examined by personnel from the human resources department.